Many stocks in the cannabis sector have fallen into downward trends. That could change, however, as these three stocks have bullish signals on their charts…

Sentiment has begun to wane over the past few weeks, with the White House being focused on the pandemic and the infrastructure bill.

Many stocks in the cannabis sector have fallen into downward trends. That could change, however, as Aphria, Curaleaf and GrowGeneration have bullish signals on their charts.

The Aphria Chart: Aphria’s stock lost half its value in the two trading sessions following the stock’s new all-time high of $32.29. Since then, it has fallen into a consolidation pattern, like many stocks across the cannabis sector.

On Wednesday, Aphria’s stock lost a key support zone when it fell under $16.64 and when the stock retested that level Thursday, it had become resistance.

On the daily chart, Aphria’s stock may be finishing a bearish head-and-shoulder pattern that could push it down into the next support zone around $13.89.

Bulls want to see Aphria’s stock regain the $16.64 level, and this could occur because Thursday’s longer lower wick on the daily candle means some bulls already bought the dip.

Bears will want to see that Aphria’s stock continues to reject the resistance above. 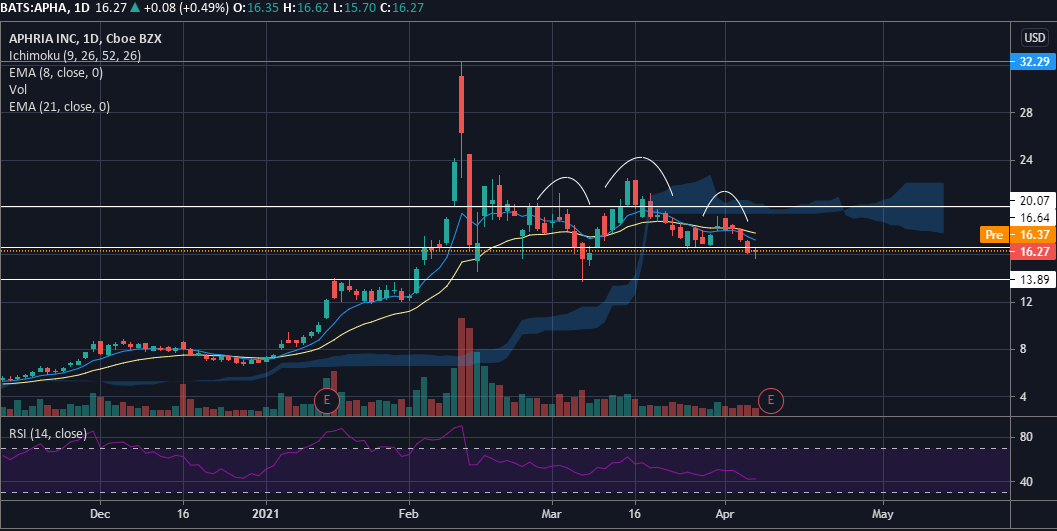 The Curaleaf Chart: Curaleaf has been in a long consolidation pattern since reaching a new all-time high of $18.38 on Feb. 10.

The stock has been trading in a bullish descending channel formation for over two months, and over the last five trading sessions has made attempts to break up over the top descending line of the channel to break bullish.

So far, the stock has been unable to sustain a bullish channel break because it has decreasing volume on the daily chart.

Bulls want to see an increase of volume and a break of the channel, which could see the stock move to $16.37 before consolidating for another all-time high run. Bears want to see a continued rejection of a channel break and for the stock to eventually lose its next support level at $14. 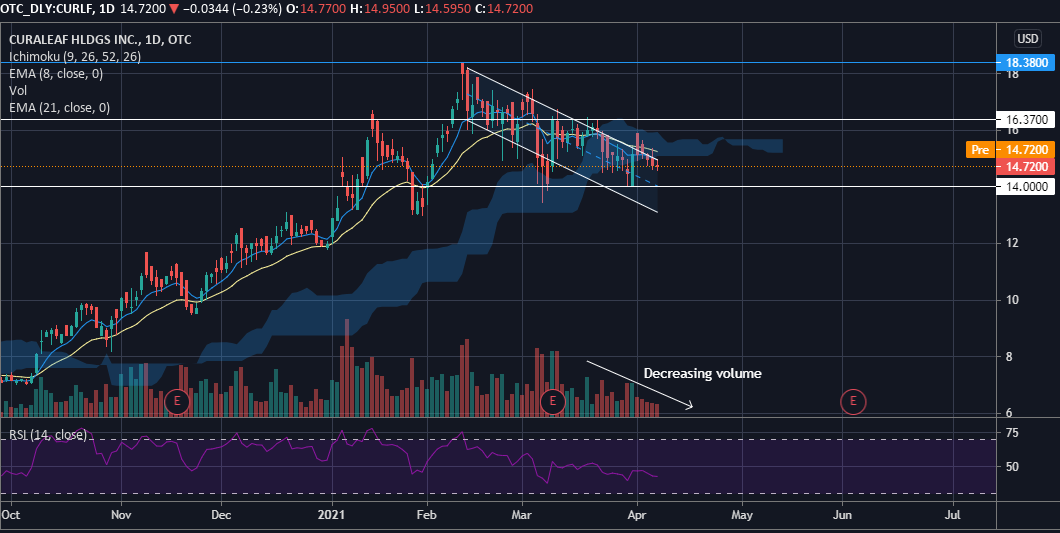 The GrowGeneration Chart: After making a new all-time high on Feb. 10, GrowGeneration fell into a lengthy consolidation pattern, making lower highs and lower lows over the course of the following three weeks.

On March 5, the stock hit a support zone at $32.79 and reversed course, making a series of higher highs and higher lows before falling into another consolidation pattern.

On Thursday, a spike in bull volume came into GrowGeneration’s stock after…