On Tuesday (Aug. 28), SB100 became law in California, and it requires the state to make all of its electricity emissions-free by 2045. 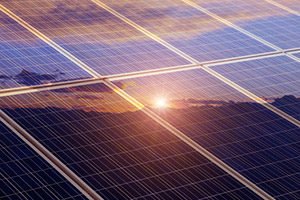 That might seem implausible, but California is already well on its way to achieving it.

California regulators already expect half of California’s electricity will come from renewable energy sources by 2020, beating expectations by a decade.

Those kinds of benefits are why the United States is already embracing renewable energy.

No One Saw It Coming… These 3,458 acres of “worthless” desert turned out to be in a region hiding a $1.4 trillion treasure. And you could profit from this opportunity. Learn more…

California’s new rule merely ensures coal and gas companies won’t be able to slow down solar’s progress in the fifth-largest economy in the world.

And the solar company we’re following is already jumping into California feetfirst.

This company is already projecting its sales will jump 43% thanks to a partnership with California’s largest homebuilder to supply solar panels on new homes.

That projection could be conservative as California phases out traditional power plants. The reality is this new law could push even more Californians into adding solar power to their own homes instead of relying on a local power plant.

It’s no wonder analysts are projecting this company’s stock could soar 110% over the next 12 months.

You Can Double Your Money with This Top Solar Stock

Vivint’s model is so unique because it owns the solar systems it installs in homes and sells the energy directly to the homeowner. Since homeowners don’t have to pay for the costs of a solar power upgrade up front and they don’t have to contract with a regional power provider, Vivint saves customers money on their electricity bills.

It also means Vivint has sustainable and predictable cash flows streaming in. And that cash flow is only growing as more customers subscribe to its business model.

Vivint has already installed solar systems on 126,800 homes across the United States, but its partnership with California’s largest home builder could push its growth into overdrive. California builds 80,000 new homes a year.

This kind of innovation and forward thinking is already catching Wall Street’s attention.

JMP Securities and Guggenheim both just upgraded Vivint stock to a “Buy” over the summer.

Best of all, Vivint’s stock has a Money Morning VQScore™ of 4. That’s a perfect score and one of the best signals we have that its share price could soar.

The U.S. Geological Survey has declared it’s the biggest discovery of its kind in the history of the United States.

And many everyday Americans might just be entitled to a piece of it.

This find is so big it could create 100 new millionaires every month for 11 years.

← How to Prepare for this Incredible Wealth-Building Opportunity
Is This Beaten-Down Pot Stock a Bargain? →