Cannabis Cultivator Bright Green Corporation (BGXX) in Fort Lauderdale, Fla., marked its NASDAQ debut on May 17, with its stock soaring nearly 216% in price. It is one of the few companies chosen by…

the U.S. government to cultivate, manufacture, and sell cannabis and cannabis-related products lawfully under federal and state regulations for research, pharmaceutical purposes, and affiliated export.

Also, the company’s shares advanced 91% a day after their listing. In a filing on May 13, the company stated that certain registered stockholders planned to offer 158.3 million shares of its stock. However, the stock plunged 65% in afternoon trading after two days of impressive gains. Closing its last trading session at $6.18, BGXX is currently trading near its all-time low of $5.60, which it hit on May 23, 2022.

Also, while views regarding cannabis are changing across the country owing to the product’s medicinal and wellness uses, partisan gridlock in Congress has virtually ensured that legislation to decriminalize marijuana will die in the United States Senate. This could further impact BGXX’s price performance in the near term. 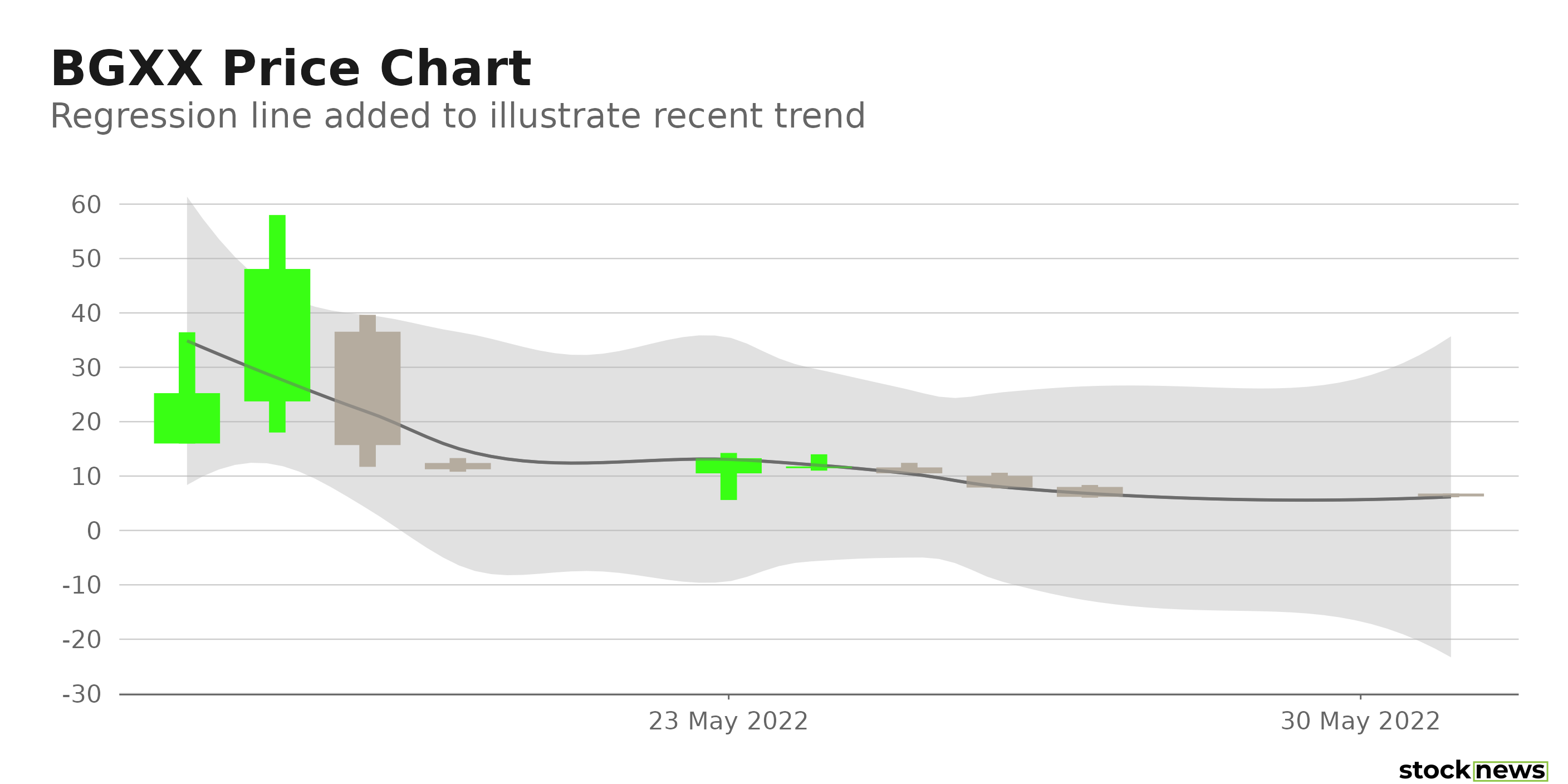 Here’s what could shape BGXX’s performance in the near term:

Last month, New Jersey took a step toward legalizing cannabis, and other states, including New York, Maryland, and Pennsylvania, are expected to follow suit. However, several jurisdictions that legalized recreational marijuana 10 years ago are now investigating the public health consequences of different new high-potency products amid concerns about a possible link to psychosis. “We are seeing a very significant rise in psychosis associated with the consumption of marijuana,” says Dr. Nora Volkow, head of the National Institute on Drug Abuse. Furthermore, the uncertainty surrounding the economy and the stock market has impacted investor sentiment. Investors’ diminishing interest in cannabis stocks is evident by the Global X Cannabis ETF’s (POTX) 40.9% decline year-to-date.

3 STOCKS TO DOUBLE THIS YEAR

BGXX has an overall D rating, which equates to a…