For the last 45 years, Russia and Saudi Arabia have dominated global oil production. However, U.S. production is roaring back – and we have a stock that could double your money in the process.

Last week, the U.S. Energy Department announced that the United States surpassed Russia and Saudi Arabia to become the world’s largest oil producer. It’s the first time since 1973 that the U.S. has been No. 1.

America’s stunning rise to the top of the production is the newest for our favorite oil stock. 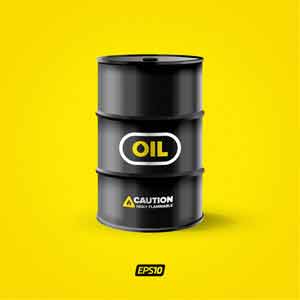 You see, the announcement is the just the latest in a string of bullish reports for the American oil industry since it began rallying in 2015.

Over the last three years, smart money has been pouring into the development of oil infrastructure – the pipelines and processing plants that America’s oil companies desperately need in order to get their product to market.

America’s dominance of global oil production is the result of rising geopolitical tensions and advances in drilling technology.

On Nov. 4, the White House plans to reinstate previously repealed sanctions on Iran in an effort to clamp down on the nation’s nuclear program. A large part of these sanctions involve the Middle Eastern nation’s oil production and exports.

According to an official at the U.S. State Department, the administration has no intention of granting waivers to Iranian oil producers, and nations dependent on Iranian production “should be preparing now to go to zero.”

Many of Iran’s chief oil customers have heavily restricted their purchases from Iran following the United States’ announcement, driving Iran’s output down by over 1 million barrels a day.

Russia increased its daily oil production by 1.5 million barrels in July, while OPEC signaled that it will also temporarily boost output to meet rising demand.

However, the United States has mustered the largest increases in output and exports as the threat of a global shortage grows.

According to estimates from the U.S. Energy Department, the United States is producing upward of 13 million barrels a day. That’s 15.6% of the planet’s entire output.

Much of this increase is possible due to rapid technological advancement in oil drilling.

Faster drilling, better well designs, and widespread use of fracking have made it possible to reach oil deposits that were previously inaccessible.

The fracking industry alone is expected to grow by 20% this year, closing in on the profit record of $29 billion set in 2014.

And that’s great news for our top oil stock to buy.

You see, booming oil production and demand also bolsters the bottom line of the oil transportation industry. These are the companies that maintain the pipelines and refinement centers crucial to delivering oil to the market.

The stock we’re bringing you today is a key oil transporter. The company handles over 25% of oil and natural gas transportation in North America – a figure that’s certain to grow as oil production continues to increase.

TransCanada Corporation Is Our Best Oil Stock to Buy Now

The company operates 57,000 miles of natural gas pipeline across North America and 3,000 miles of oil pipeline in Canada. Those pipelines are responsible for 20% of western Canada oil exports.

The company is best known as the sole owner of the Keystone pipeline network. Since its completion in 2017, the Keystone vastly increased TransCanada’s ability to supply oil to large Gulf Coast refineries.

As North American oil production has increased, the company’s robust financial health has continued to improve. TransCanada earnings have grown by 33% over the last year while beating earnings in three of the last four quarters.

Additionally, TransCanada recently acquired the Columbia Pipeline Group for $13 billion. The acquisition adds nearly 15,000 miles of interstate natural gas pipeline that extends from New York to the Gulf of Mexico to their North American network.

TransCanada stock currently trades for $41.50. However, with North American oil and natural gas production and transportation volume continuing to increase, analysts see shares heading to a high of $85.00 – an increase of 78% over today’s price.

Plus, the company offers a strong 4.8% dividend – one of the best in the Canadian oil sector. In addition, the company intends to increase its dividend output by another 8 to 10% over the next two years.

Thanks to its high VQScore, TransCanada was an easy find. But not all winning stocks are this easy to find.

If you’re looking for reliable gains, then you have to check this out…