When we brought our readers an options profit play in the legal weed market on March 29, we never could have imagined how fast Money Morning readers would make triple-digit returns. Our readers had the opportunity to make a profit of 107% in just three weeks. 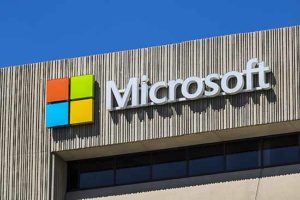 You might just think about Word or Xbox when you hear “Microsoft,” but the company is also a play on the $10 billion legal cannabis industry.

In June 2016, cannabis-compliance firm KIND Financial partnered with Microsoft to run its software through Microsoft’s cloud.

KIND uses technology to track marijuana plants from “seed to sales.” Cannabis growers will register each plant they produce with the state government, as well as the sale of each marijuana bud from the plant.

This ensures dispensaries are compliant with local and state laws, a service essential to the growing legal marijuana industry.

And the compliance sector is due to explode as the legalization trend continues.

It’s a matter of “when,” not “if,” the United States completely legalizes medical marijuana, as 30 states and the District of Columbia have some form of legal marijuana laws.

While Microsoft doesn’t publish its revenue from KIND, the tech giant expects to generate $20 billion in commercial cloud revenue in 2018.

Fast Money: This powerful secret made one man a millionaire. Now he’s sharing it live on camera – find out how you could use it to become $2,918 richer in less than a minute. Click here…

And Microsoft’s dive into the growing legal weed industry is helping boost its earnings, which is creating a sneaky way to double your money…

The company will report earnings on July 19, and I uncovered a pattern in the stock ahead of its earnings reports that led to 100% returns last quarter .

If this pattern holds, we could be looking at another triple-digit winner…

Here’s How to Play MSFT for a Potential 100% Return

A month before earnings, the MSFT stock price has climbed an average of 7.51% in Microsoft’s last three earnings reports.

Just like the last Microsoft trade we shared in March, the market was worried about tariff wars, which sent stock prices down across the board.

However, the volatility meant you could pick up options at a discounted price.

U.S. President Donald Trump announced on June 18 that he wanted to tax an additional $200 billion of Chinese goods on top of $50 billion in tariffs applied the week before.

And we’re going to take advantage of this volatility once again, before the price climbs any higher…

The MSFT July $27 call currently costs $4 per option, with one option equating to 100 contracts.

But if the MSFT stock price trades below $104 on July 26, your option would expire worthless, so be vigilant about when to take your profits.

A riskier but potentially more profitable play would be to buy July 27 $104 calls at $1.88 per option. The MSFT stock would need to trade at $106 on July 26, or the option would expire worthless.

Of course, even though Microsoft is a great company, it will follow the rest of the market in a downturn.

We can’t control trade wars, skyrocketing oil prices, and countries like Greece and Italy being on the verge of economic ruin and scaring the global economy.

That’s why you should never invest what you can’t afford to lose.

And when making an options trade, always have an exit strategy.

We will keep our readers up to date on this trade throughout the month, but in the meantime, we also wanted to share an easy-to-follow blueprint from America’s No. 1 Pattern Trader…

He used to be an average Joe scraping to get by. He never graduated from college, and he spent most of his career as a Home Depot customer service rep.

There’s no guesswork involved, and the best part is – it’ll only take you 10 minutes per day!