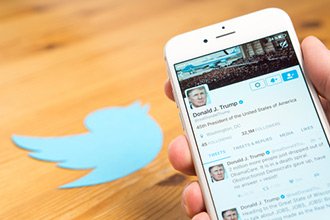 A secret group of traders has been using inside information to make a killing from market moving events, including Trump’s tweets. At least that’s sure what it looks like to us. And that’s unfortunately something the average investor can’t do.

But we have a way to get even.

We at least know that the president’s twitter activity moves the market, and that he’s been tweeting more frequently over the last few weeks.

It’s been enough for JPMorgan Chase & Co. (NYSE: JPM) to create an index that measures what happens in the market following a Trump tweet. This tool isn’t much use for most traders, since it deals with short-term U.S. bond yields with a looser connection to stocks. Plus, it only measures the market’s reaction after a tweet goes out.

Learn How to Trade Like the Pros: Tom Gentile just recorded all of his most potentially lucrative trading secrets in America’s No. 1 Pattern Trader Cash Course. This could set you up for life – and it’ll only cost you $1…

But someone has been making big bets right before announcements on the trade war front, and they’ve been making a killing.

Vanity Fair magazine ran a story recently outlining how an unknown trader made a cool $180 million over one weekend when the markets weren’t even open.

They sold short 120,000 e-mini futures contracts on the S&P 500 index before the market closed that Friday.

That night, drones attacked a large Saudi Arabian oilfield, reducing production and sending oil prices soaring. When the futures markets reopened the following Sunday evening, the S&P 500 was down 30 points, a rather hefty move.

On another occasion this year, President Trump came out of a G-20 meeting with Chinese President Xi Jinping saying trade talks were back on track. The S&P 500 went up 84 points, and someone who had purchased 420,000 e-minis made $4,200 per contract, or $1.8 billion.

It’s almost like the Wall Street elite know exactly what the president will say or do at every turn, well before the public knows. Is it possible they’re getting tipped off by an insider before the news goes public?

If that’s the case, it’s nothing new. Just another example of the elite getting rich at the expense of everyone else.

But you don’t have to play their game.

Here’s how you – not just Wall Street insiders – can use the power of elite information to earn up to $5,000 in a single week.

Yes, the deck is stacked against individual traders if they try to compete with the elite insiders. But the good news is that most of us should not even be trying to operate in this arena.

Even better, with the right tools and research, anyone can claim their piece of the profit pie, without the urgency of guessing what the president will tweet.

This is something most Wall Street bigshots don’t even have a clue about yet.

You see, Money Morning‘s options trading specialist, Tom Gentile, has beaten Wall Street. In fact, he can do it every week.

Tom Gentile, America’s No. 1 Pattern Trader, has just one objective – to give ordinary folks a real shot at millionaire status in the next 12 months.

It all starts with the help of his new, breakthrough artificial intelligence technology that’s producing a money-doubling opportunity every day of the week.

It’s called Alpha-9. It’s part supercomputer, part artificial intelligence, and it’s designed to be the most powerful moneymaking tool we’ve ever made public.

It has a proprietary sequence-matching protocol that can spot hidden trading patterns that are invisible, not only to the human eye, but to every other computerized trading platform on the planet. Even on Wall Street.

Morgan Stanley just hired an Ivy League computer scientist to head up its new Artificial Intelligence efforts. Goldman Sachs brought in an AI expert from Amazon, and JPMorgan is getting into it as well.

But try as they might, they are likely still years – even decades – behind Alpha-9. It’s an unprecedented combination of raw computing power, blazing processing speed, and otherworldly intelligence…and now, you can become a millionaire in 12 months.

These wealth-building patterns are invisible to Wall Street’s software… but they could hand you up to $15,800 in weekly profit potential. That’s because this tool can help him generate what Tom calls a double-your-money trade opportunity every single day the market is open… enough to potentially make you millions by this time next year.

Click here to take a look behind the scenes…