Canada just legalized all marijuana use on Oct. 17, and Mexico may not be too far behind. On Nov. 8, Sen. Olga Sanchez Cordero submitted a 26-page bill that would legalize marijuana and allow its commercial sale in all of Mexico.

Individuals 18 and older in Mexico could be able to consume cannabis in any public place where tobacco smoking is allowed under the bill.

And if it passes, full legalization of marijuana in Mexico will put pressure on the United States to legalize recreational marijuana use… 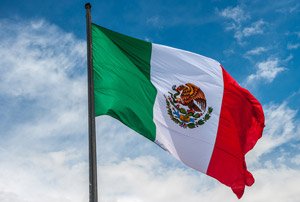 Cannabis sales in Canada could reach $4.3 billion in the first year of legalization, and legal marijuana sales in Mexico could reach $99 million by 2022 just for its current legalized medical marijuana market.

Legalization for our neighbors to the north and south would give them a head start in the booming industry ($10 billion in legal sales in North America in 2017). With both Canada and Mexico having legal cannabis, the United States might be under even more pressure to join the movement.

But instead of just speculating over Mexico legalizing cannabis and what it means for the United States, I reached out to four cannabis experts to provide exclusive insight you won’t find anywhere else…

What Marijuana Legalization in Mexico Means for the U.S.

Full cannabis legalization in Mexico could make a big difference for the country and cut down on black market sales and free up time for law enforcement to tackle more serious cases.

But the first expert I spoke with believes that the impact of full legalization in Mexico would have a minimal impact on the United States.

Frank Lane is the president of CFN Media, the leading creative agency and media network dedicated to legal cannabis.

“The legalization of marijuana in Mexico could have wide-ranging domestic implications, but probably won’t have much of an impact on the U.S. market. Mexican traffickers have already transitioned from marijuana to heroin and meth following the legalization of marijuana north of the border. In fact, officials recently seized high-quality marijuana from the United States making its way into Mexico. The country could stop illicit marijuana imports, substantially reduce its domestic black market, redirect law enforcement resources to more serious crimes, and increase tax revenue if it were to legalize and tax marijuana. There is a possibility that the market will open up and Canada and Mexico could become leading exporters, but U.S. cultivators probably won’t face significant competition from foreign cultivators for quite some time.”

When I spoke with Steve Gormley, the president and CEO of JuJu Royal, a premier cannabis and CBD brand created for an inspired by Julian Marley, he said the United States could lose influence in setting drug policies for the world to follow.

“If Mexico moves forward with fully legalizing marijuana, it will put the U.S. in an awkward position with both its northern and southern neighbors implementing a policy that is at odds with current domestic law. It would also signal a dramatic change of direction for other Latin American and South American countries who have traditionally followed the U.S., Canada, and Mexico’s lead when it comes to drug policy. If two of these countries legalize marijuana outright, others may soon follow, reducing the U.S.’s sphere of influence over international drug policy. Additionally, the U.S. will be ceding this multi-billion dollar, jobs-creating market.”

George Archos is the founder and CEO of Verano Holdings, which is a national and vertically integrated operator of licensed cannabis cultivation, manufacturing, and retail facilities. Verano Holdings is dedicated to improving lives by providing safe access to effective organic cannabis products that enhance health and wellness.

Aside from legalizing cannabis, Mexico is also considering legalizing all drugs, which obviously warrants a lot of precautions.

“While Mexico’s new president-elect López Obrador had expressed openness to legalizing all drugs, we encourage extreme caution. There are many lessons that will need to be learned from legalizing cannabis on a national basis before any consideration should be given to legalizing other drugs that, unlike cannabis, are highly addictive, potentially lethal, and don’t have cannabis’ proven health benefits.”

Finally, the last expert I spoke with believes once the United States starts to see the economic benefits from marijuana legalization in Canada and Mexico, the U.S. won’t be too far behind in full legalization.

Derek Reidle is the founder and publisher of Civilized, a premium media and lifestyle brand focused on modern cannabis culture, reflecting the millions of motivated, productive adults who choose to have cannabis as a part of their lives.

“If Mexico does in fact legalize marijuana, it will only up the pressure on the U.S. to do the same. It would be very difficult to continue justifying reasons not to legalize when both of your neighbors begin to see the social and economic benefits associated with legalization that we are missing out on. Public opinion will continue to be swayed towards legalization, eventually forcing the federal government to rethink its stance on marijuana. Longer term, it is possible you could even begin to see a legal international cannabis trade emerge between all three countries.”

I would like to thank all of the experts I spoke with for their valuable time providing Money Morning readers with insight about the $10 billion cannabis industry they won’t find anywhere else.

And as a service to our readers, I also had to make sure to provide all the details on how you can join “the perfect pot stock portfolio”…

And Michigan just became the 10th state to open the recreational floodgates.

Pot stocks are already handing investors extraordinary gains. It might be the most profitable sector in the world right now.

And this portfolio is your ticket to become a part of the action.

Every single stock is in the black.

← Jeff Sessions Is Gone, and Pot Stocks Are Soaring
1 Marijuana Stock to Avoid at All Costs Right Now →