You won’t see evidence of it until next year at the earliest, but the midterm elections were a major catalyst for the Bitcoin price in the long term. 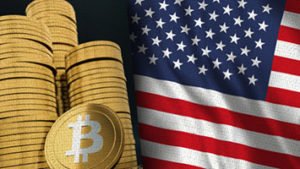 That’s because the Nov. 6 vote left pro-cryptocurrency politicians in possession of 10 governorships.

The biggest news was Democrat Gavin Newsom’s win in California – the nation’s most populous state.

Five other victorious governors expressed at least some support for crypto- and blockchain-friendly policies, according to the Digital Asset Trade Association (DATA):

It’s a far cry from the situation just four years ago, when Sen. Joe Manchin (D-WV) wrote a letter to federal regulators calling for a ban on Bitcoin.

Having politicians in Bitcoin’s corner – particularly governorships – will benefit the cryptocurrency in numerous ways, including more favorable regulation. And that, in turn, will help drive the price of Bitcoin higher.

But Bitcoin doesn’t just have fans in governor’s mansions…

Bitcoin Backers Are in Congress, Too

In addition to the governorships, the U.S. House of Representatives has had a Congressional Blockchain Caucus (CBC) since 2016.

Thirteen of the 18 members of the CBC were reelected in the midterms. One, Polis, moved on to the Colorado governorship. Another, Rep. John Delaney (D-MD) did not seek reelection and is rumored to be mulling a run for president in 2020.

And at least one senator has a positive stance on cryptocurrency – Sen. Mark Warner (D-VA) whose term ends 2021. (In a Senate hearing in February, Warner said Bitcoin’s market cap could reach $20 trillion by 2020, which implies a Bitcoin price of over $1 million.)

Government Will Be a Key Player in Bitcoin Adoption

The Congressional Blockchain Caucus is a bipartisan group that recognizes the potential of Bitcoin and blockchain technology to have a significant impact on society.

“We’re fascinated with the potential for blockchain technology to significantly improve identity management, asset tracking and ownership, healthcare records management, intellectual property rights, and much more,” reads the vision statement on the CBC website. “We are in the early days of this technology, and we feel it paramount that Congress be a bridge between industry and government to foster collaboration and ensure competitiveness on the global stage.”

California’s Governor-elect Newsom said he was “fascinated” by Bitcoin back in 2014 and supports policies that would attract blockchain developers to the state. He also favors data stored on a blockchain to be admissible in court.

Governor-elect Polis of Colorado, who founded the Congressional Blockchain Caucus, made his position clear on his campaign website.

“My goal is to establish Colorado as a national hub for blockchain innovation in business and government,” Polis wrote. “I believe strong leadership will put Colorado at the forefront of innovation in this sector-encouraging companies to flock to the state and establishing government applications that save taxpayers money and create value for Colorado residents.”

Polis also co-sponsored the ill-fated Cryptocurrency Tax Fairness Act last year, which would have allowed Americans to make purchases with crypto up to $600 without being subject to capital gains taxes.

All of this is great news for Bitcoin – and supports Bitcoin price predictions for $125,000 and higher, expected as soon as 2022…

How These Policies Will Boost the Bitcoin Price

As blockchain-friendly policies proliferate, it will lift much of the stigma that has followed cryptocurrencies from the days when its best-known use was for buying illegal drugs from the dark web online marketplace called Silk Road.

It’s a de facto stamp of approval that says loud and clear that not only is the government OK with crypto, it wants people to use it.

Such a message will have a powerful impact on driving wider adoption of Bitcoin and other cryptocurrencies, one of the key factors expected to push crypto prices higher.

For Bitcoin in particular, rising demand will meet a fixed supply, leaving prices nowhere to go but up.

When combined with other developments expected over the next year or two, such as SEC approval of a Bitcoin exchange-traded fund and more attention from institutional investors, some of the lofty Bitcoin price predictions of the past year begin to make sense.