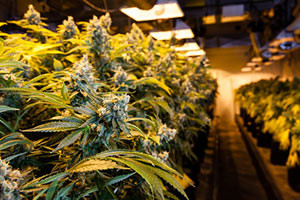 The list of benefits of cannabis for the human body is growing every day. Treatments for epilepsy and the pain from multiple sclerosis already exist. There are already cannabis studies and trials for treating many other conditions, from ALS to brain cancer to autism.

And new research now suggests that cannabis may have positive effects in the fight against chronic traumatic encephalopathy (CTE), a degenerative brain disease brought on by repeated head trauma over the years.

To be sure, the National Football League is now very much aware of CTE diagnoses among its players. And despite its unfortunate legacy of sweeping the problem under the rug, a now proactive NFL is trying to combat it.

This could end up being a massive catalyst for marijuana stocks…

The 4 Cannabis Stocks to Buy Now – Profits of up to 1,000% Could Be Likely This Election Year!

The league already changed some of its rules to make concussions less frequent. And it instituted other rules to get players with head injuries out of games until they can pass concussion-testing protocol.

But big hits resulting in concussions still occur. That is why the research is so exciting. It may be possible to stop or even prevent the debilitating effects of CTE.

And these breakthroughs could send cannabis stocks absolutely soaring…

This New Innovator Can Transform the Market for All Marijuana Stocks

Money Morning Director of Cannabis Investing Research Greg Miller is now following a company called KannaLife Sciences Inc. as it works on an idea to attack CTE right at the source. It has an advisory board full of doctors and researchers, as well as former Kansas City Chiefs placekicker Nick Lowery.

Without getting too deep into the weeds, scientific consensus believes that repeated blows to the head cause an excess of something called tau proteins, which occur naturally in the human brain.

They’re involved with the brain’s structure, holding brain cells together. Scientists don’t know exactly how this mechanism causes CTE, but there is a way to identify and possibly treat the problem.

Theoretically, concussions release these proteins to roam freely in the brain, and with repeat damage, they tend to clump together and then spread – at the expense of normal, living brain cells.

Symptoms, including memory loss and mood changes, take a long time to manifest – long after the damage was done. For football players, that can be well into retirement.

KannaLife is working with two cannabinoid compounds that can break up these tau protein clumps to prevent them from growing and spreading. The National Institutes of Health already patented one of these compounds, and KannaLife is the only cannabinoid therapeutics company licensed to use it. The company itself holds a patent to the other compound.

Imagine the huge market in professional and amateur sports, from soccer to boxing, and in the military, too, for a preventative therapy before head trauma can take its ugly toll.

KannaLife is currently owned in part by Medical Marijuana Inc. (OTC: MJNA) but is firming up plans to go public through a share exchange agreement with TYG Solutions Corp. (OTC: TYYG), a dormant public company.

Miller thinks it is a bit early to invest here, but it is worth watching, especially because cannabinoids show promise in treating many conditions in humans and some pets, from inflammation to pain to even some cancers.

With the pharmaceutical market in the United States alone reporting sales of $453 billion last year and global sales at an incredible $1 trillion, it is an industry ripe for the type of disruption cannabis can bring. It’s not unreasonable to expect a $100 billion cannabis pharmaceutical market in just a few years, growing exponentially beyond that.

Get ready. The cannabis wave is not slowing down.

Marijuana stocks surged up to rare 12,400% gains in the last election year.

But this veteran analyst has unveiled 16 reasons why cannabis stocks will make investors incredibly rich in the election year of 2018.

Four cannabis stocks could be destined to post the greatest profits in 2018. Learn more here in this FREE video…