General Motors Co. (NYSE: GM) stock is down more than 11% since the United Autoworkers (UAW) strike began on Sept. 15.

That might be bad news for GM shareholders, but it’s creating a new opportunity where you’d least expect it.

It has this top electric vehicle stock ready to pop 110%. 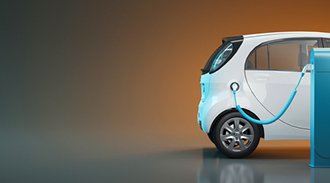 This UAW strike is closely tied to GM’s expanding electric vehicle production. The company said it would have 20 new electric vehicle (EV) models by 2023. And it needed to make some big changes to get there in time.

The company might succeed in this at some future date. But the last 20 days have shown us that the transition will be anything but easy.

Electric vehicles are far less complicated to build than gas-powered vehicles. They don’t have a combustion engine, so they need fewer parts and fewer people to work on them.

Fortune 500 Companies Have No Choice: Anyone who doesn’t jump into the cash-rich 5G sector could be left in the dust. Click here to see how you can cash in on the projected $12 trillion industry the world can’t live without…

As a result, UAW predicts the auto industry could cut 35,000 jobs in the switch from gas to electric.

GM is just starting to experience the birth pains of this new industry. But make no mistake, our top EV stock is going to cash in on GM’s tough time.

How the Top Electric Vehicle Stock Is Avoiding GM’s Fate

An EV future signals a difficult short term for the auto manufacturing industry as a whole.

As engine assemblers give way to battery builders, that means a lot more unhappy ex-auto workers.

It also means that before becoming successful in the electric vehicle market, auto manufacturers’ stocks could suffer losses.

This could easily become an industry-wide epidemic. It might not be as drastic as a month-long labor strike. But at the very least, it will manifest as lower earnings for companies throwing money at electric vehicle domination.

While all the tough migration from gas to electric takes place, demand for new cars is also coming to a head. September car sales were down 13% from last year.

Right now, GM is one of the first to suffer. The company is paying for its early bid to lead the electric vehicle sector. Other car companies that are late to the EV party might find it even more difficult to sustain their operations.

It’s not certain who’s going to lead the pack in EV manufacturing just yet. But until that’s clear, there will be a flurry of carmakers and unions wrestling with a paradigm shift in the short term.

That’s why the best electric vehicle stock right now is going to jump 110% over the next year. It doesn’t have to deal with any of that.

And it provides auto manufacturers everything they need to get ahead in EV production.

This $4.5 billion company makes combustion systems, electrification products, and software and controls. And it sells these to auto manufacturers around the country that are looking to expand their lines of electric vehicles.

This year, it became a leader in the industry with the release of an 800 V SiC inverter. It’s a technology that promises to cut EV charging time in half.

Two of Delphi’s biggest customers are China Yuchai Inc. and South Korea’s SsangYong Motor. Both of these automotive companies are working on electric vehicle products. And their governments have begun to more generously incentivize EV drivers with tax credits and subsidies in the last few years.

China alone has boasted the largest auto industry in the world since 2009. That promises future growth for Delphi, providing it with irreplaceable tools to compete in the EV market.

Delphi has a five-year average price/earnings (P/E) ratio of 9.58, while its current P/E is 5.03. That means the stock is likely undervalued right now. And if earnings remain the same as today, the stock’s price could reach above $23.

But some analysts say this stock could soar as high as $26 within the year. That’s growth of 110%. And where EVs are headed, it’s more than likely to double your investment quickly.

This leading authority in tech startups has been behind some of the biggest IPO breakouts in history.

He was behind the scenes of Intel, Bitcoin, Twitter, Lyft, and much more…

And now he’s found the “breakthrough of the century” – a tech advancement that could mint the world’s first trillionaire.

There’s still time for you to lock in a ground-floor opportunity before this $6 stock takes off.