A weakening dollar hasn’t spurred silver prices like we expected, but the indicators I’m looking at show silver is nearing the tipping point it needs to surge higher.

Geopolitical concerns have eased in Italy and Spain, and the U.S.-North Korea summit appears to be on once again for next week. 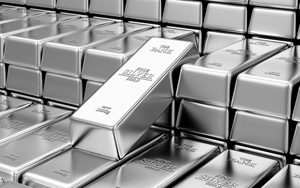 That has diminished the attraction of silver’s safe-haven properties in the near term, but with a FOMC meeting also next week, I think we could be approaching silver’s next catalyst.

By all accounts, a rate hike is likely in the cards. At least, that’s what the U.S. Federal Reserve has been telegraphing. That being the case, odds are it’s been priced into the dollar already. Perhaps it will get another bump into the next Fed meeting, but the dollar’s strength could fade.

And if things don’t go smoothly between U.S. President Donald Trump and North Korean dictator Kim Jong Un, then all bets are off…

As for silver, we’ll break down its recent price movement, and I’ll show you the technical indicators I’m looking at that are forecasting higher silver prices after the next rate hike…

Why Silver Prices Didn’t Rally as the Dollar Weakened

Even with some sizeable moves in between, the price of silver started out trading at $16.39 last Tuesday (May 29). And after the next five trading days ended at exactly the same price. I’ll show you why – and why that’s going to change soon…

On Wednesday (May 30), Fed officials reinforced expectations for a rate hike next week, saying the economic outlook justified another hike “soon.” It also suggested that having inflation rise above 2% would be welcome.

It Only Takes 10 Minutes a Week to Double Your Way to $1 Million: This strategy doesn’t require any special training – yet it could potentially put $1 million in your bank account faster and easier than you ever dreamed…

Reading between the lines, it appears the Fed doesn’t plan to hike rates more than two more times this year, for a total of three hikes in 2018.

Take a look at the dollar’s plunge on Wednesday… 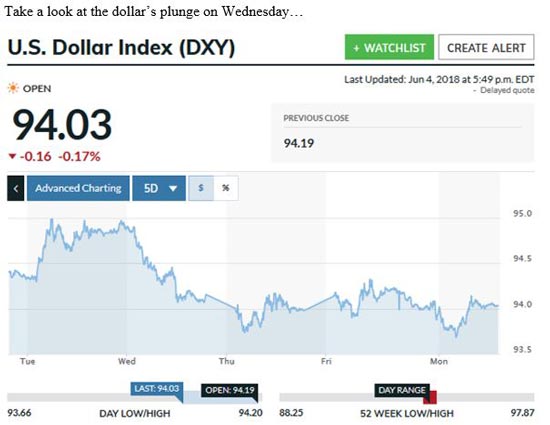 While silver couldn’t break out over the last week, I think there’s some good news ahead. Let me show you the silver indicators I’m keying in on…

Last week, I said we could expect a pullback in the DXY to the 92.5 to 93 range. So far, the lowest it has gone is 93.7, and that was intraday on Monday, with the index closing back above 94. 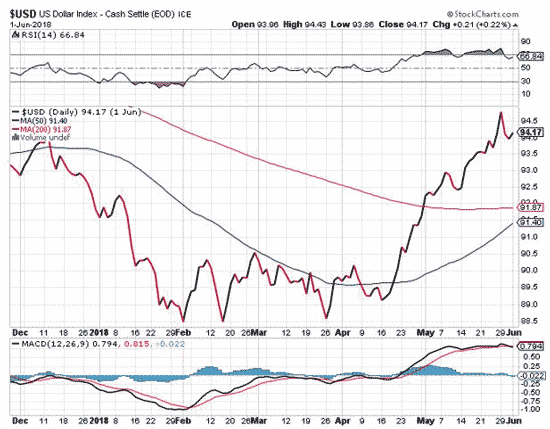 The dollar needed to work off some excess enthusiasm, indicated by the RSI above 70 for most of May.

With the Fed likely to hike rates next week, I think that could provide support for the DXY near its current level. But once the rate hike becomes a fact, the dollar could weaken. Still, coming off very bearish speculator positioning in dollar futures, the contrarian signal could mean some more strength lies ahead.

As for silver itself, yet another week’s gone by with the gray metal trading within an ever-narrowing range. 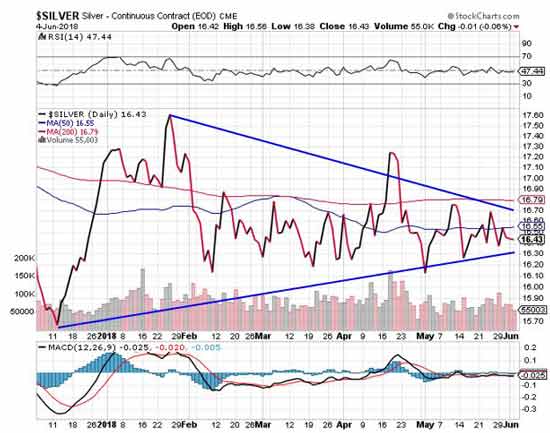 Again, this diminishing volatility will have to break at some point, and the more time that goes by, the more likely it is to happen. Notice the RSI and MACD both nearly flatlining as well.

My target for a first significant upside move remains $16.80, and we’re seeing some strong signs a breakout higher is coming.

Also, a recent report from TDSecurities’ head of commodity strategy, Bart Melek, says a bullish breakout for silver could be on the horizon.

“Gold, silver, and platinum should be well supported and follow a smoother upwards path starting sometime in the latter part of 2018,” Melek explained. “The reasons for this optimism is predicated on our view that real and nominal interest rates will not rise to restrictive levels, industrial and physical demand should improve along with a robust global economy, while a weaker U.S.D. and sliding mining supply should also help.”

The report goes on to say that diminishing silver supplies are also likely to support prices in the longer term.