Although gold headed mostly higher last week, it was a tale of two directions for silver prices…

Silver first headed lower after a strong performance the week prior. But as the dollar extended its run higher, silver followed along, bouncing back with fervor.

It reached levels it hadn’t seen for three weeks, as the U.S.-North Korea summit appeared to collapse. 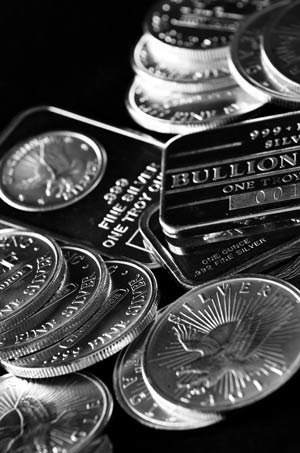 Even more impressively, silver continued to rise as the dollar itself was hitting highs not seen since December.

But later, as news came that the U.S.-North Korean summit was back on, the dollar headed higher still, this time weighing on the silver price performance as profit-taking set in.

Although the dollar’s advance appears overbought in the near term, other indicators suggest its current run could still have legs. That might weigh on silver prices.

But if other factors intervene – like rising geopolitical tensions – the price of silver could head higher alongside the dollar.

Here’s how the dollar and silver prices interacted last week, as well as why it supports my higher silver price target over the short term…

Why the Dollar Boosted Silver Prices

Silver started out last Tuesday (May 22) on a high note that would not last, as pressure from a rising U.S. dollar caused silver to sell off.

But then silver reversed and shot higher in concert with the dollar’s gains. It was a sight to see.

Silver bounced back to peak at $16.68 early on Friday (May 25), when profit-taking and another dollar surge were too much for silver. The metal’s price dropped suddenly and settled at $16.47 before heading into the long U.S. Memorial Day weekend.

Take a look at how the U.S. Dollar Index (DXY) jumped heading into the weekend… 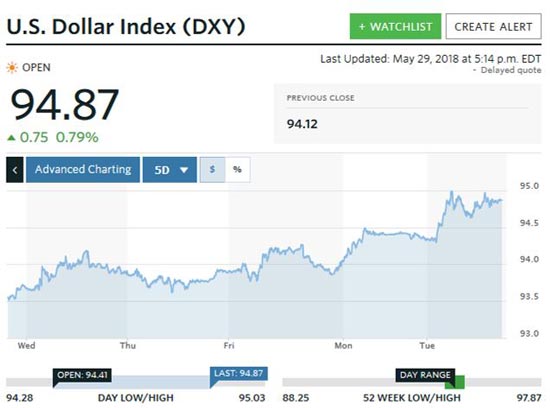 On Monday (May 28), the dollar rose further, aided by news the U.S.-North Korea summit was back on, so silver gave back a little. And on Tuesday (May 29), as the DXY hit five-month highs as fallout from Italy’s insolvency spread, silver sold off further, to $16.33, by the close.

But here’s where things get interesting…

Silver’s ability to rise alongside the dollar is a bullish sign, even though silver prices flagged by the end of the week. Coupled with the other catalysts I’m seeing, silver could be reaching a breakout point soon…

These Catalysts Are Fueling My Latest Silver Price Prediction

Before we get to my silver price prediction, let’s talk about the dollar.

The dollar’s strong surge upward, while looking considerably overbought in the near term, may not be over. 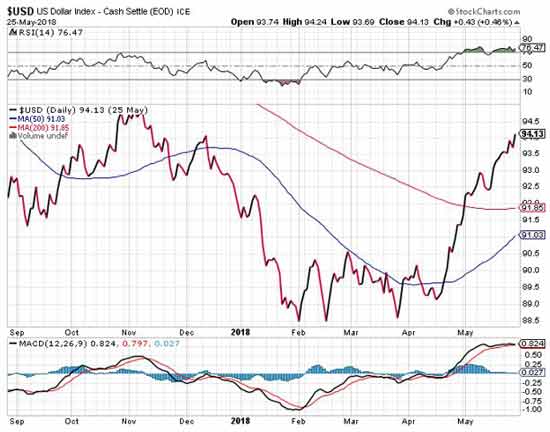 We can see the RSI and MACD momentum indicators demonstrate that overbought state.  The RSI has spent most of May above 70. So in the near term, I think we’ll get a pullback in the DXY, perhaps down to 92.5 or 93.

But the most recent Commitments of Traders (CoT) report shows speculators (dumb money) are still very bearish on the dollar. That’s a contrarian sign that the dollar rally could have legs to run a little higher.

Of course, that could weigh on silver prices. But silver hedgers (smart money) are still near an extreme low in silver shorts, implying they see considerable upside potential from here. Have a look at the relevant chart courtesy of www.sentimentrader.com. 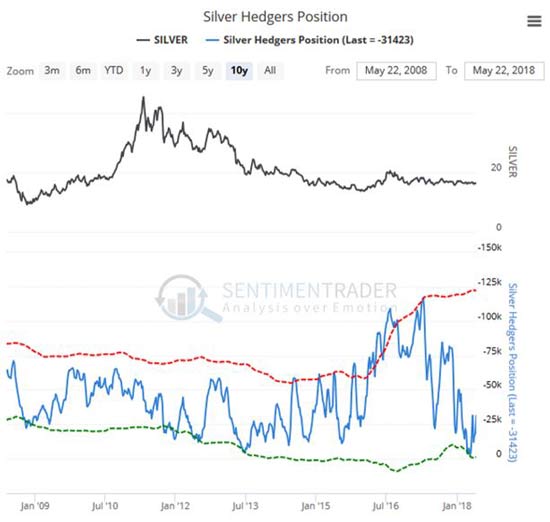 Plus, there are more bullish catalysts to consider for silver. The gold-to-silver ratio has recently risen in the past week, which means investors preferred gold over that time.

But for now, the general trend is lower, and that’s in silver’s favor… 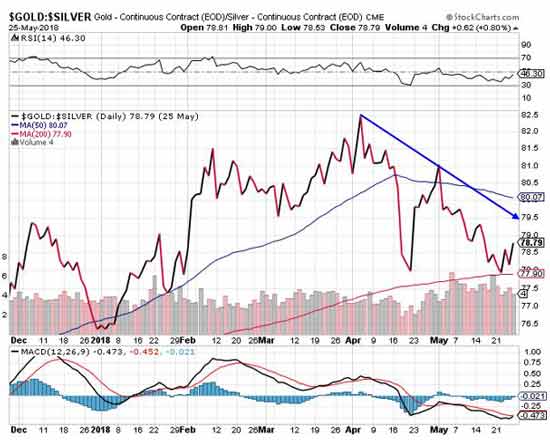 And while silver seems to have been mostly directionless for the past four months, I’m detecting a distinct upward trend… 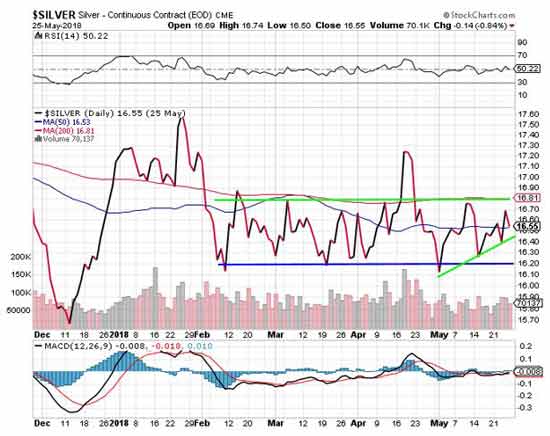 After recently establishing higher lows since early May and forming a rising wedge, a break above resistance at $16.80 could provide the impetus for new highs.

Given how well both silver and gold have stood up in the face of a strong dollar rally, I’d expect to see them continue to rise even if the dollar does the same.

You’ve never seen anything like this. And you may never see it again!

His secret to becoming a multimillionaire is so easy that anybody can do it!