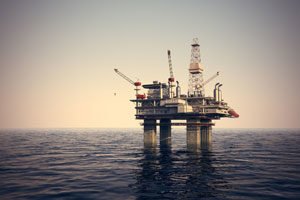 Several factors are fueling a rise in crude oil prices right now. And we’re just getting started on an extended crude price rally that will take us through the third quarter of 2019.

The price of WTI crude oil is sitting just below a 2019 high, near $56 per barrel. The same goes for Brent crude, which pushed to the brink of $67 per barrel.

Buying these three energy stocks now, before the price of oil surges again, could be the key to double- or even triple-digit profits in 2019.

Supply Cuts and Sanctions Will Drive Oil Prices Higher in 2019

Accelerate Your Gains: Stocks will make you money, but trading can set you up for life. With the secrets in this video series, you could potentially start collecting anywhere from $1,190, $1,313, and even $2,830 in consistent income – each and every week. See for yourself…

First, OPEC and non-affiliated producers like Russia will cut daily production output by 1.2 million barrels per day (bpd). Those supply cuts will complement a reduction in exports by Saudi Arabia – OPEC’s largest member – to Asia.

Bottlenecks have curbed the flow of oil to refiners.

Railcar use has picked up once against due to the lack of pipeline capacity. An average of 718,000 barrels of oil are going by rail a day in the United States, a figure that is a year-over-year jump of 88%.

Although U.S. production is sitting at record highs, a glut is inevitable, but it’s not coming until the end of the year, according to BNP Paribas.

Finally, the United States’ sanctions on both Iran and Venezuela continue to weigh on the global supply and demand balance.

Just last week, consultants at FTI Consulting noted that even though Canada could pump more oil, the lack of transport will not reduce the market gap that has expanded.

Even though the United States pumps 11.9 million barrels per day, the U.S. imported 500,000 barrels from Venezuela per day (part of a broader import average of 7.9 million bpd). Meanwhile, Iran (which exported about 1.25 million barrels per day in January), is expected to see that figure drop under 1 million over time as sanctions weigh on the nation’s economy.

Those double-digit percentage gains for oil will be felt in the pocketbooks of every American.

However, smart investors can get out of those oil price gains right now and make money on three stocks poised to break out in the coming months. And to find these stocks, we tapped into the single most powerful tool on Wall Street to identify wealth-building buys.

The Best Energy Stocks to Buy Now, No. 3:

The first pick on this list is Diamondback Energy Inc. (NASDAQ: FANG).

Diamondback Energy is an independent oil and gas producer that operates in the Permian Basin in West Texas. The firm performs activities in the Wolfcamp, Spraberry, Clearfork, Bone Spring, and Cline formations. The company just fell short of fourth-quarter earnings expectations due to a “drastic decline in commodity prices and one-time merger-related expenses.”

The company noted that Q1 would be weaker for oil prices. But with those prices heating up heading into the second quarter, FANG is a stock poised for a breakout. The stock has our highest VQScore, and its balance sheet looks healthy.

While debt is always a question for energy companies, FANG has a robust Z-Score of 3.65. The Altman Z-Score is a powerful predictor of which companies are poised to avoid bankruptcy and cover their debt load. Anything over 2.0 is a good number for our interests.

According to TipRanks, Diamondback has an average price target of $155.36.

That figure represents an upside of $48.24% from Tuesday’s closing price. All 14 analysts on TipRanks‘ platform have a “Buy” rating on the stock.

The Best Energy Stocks to Buy Now, No. 2:

You probably don’t need much of an introduction to Royal Dutch Shell, one of the world’s largest companies in the world by revenue.

The Netherlands-based giant surpassed Exxon-Mobil Corp. (NYSE: XOM) and has successfully diversified its business away from just the price of oil and gas.

Even in the face of falling oil prices since 2014, the company still has shown an ability to generate a profit for investors. The company reported a 42% jump in free cash flow year over year. That’s one of the reasons why it has an incredible F-Score of 8. It also pays a dividend yield just under 6%.

Now, rising oil prices will pad both the profits and the bottom line. And it’s still cheap, with a price to free cash flow ratio of 8.76 (anything close to 7 is a good way to profit).

The Best Energy Stocks to Buy Now, No. 1:

The Houston-based, multinational energy producer has an F-Score of 8 and provides a reliable dividend of 4.67%. Also, the company’s enterprise-to-EBIT of 10.89 puts it into our range for takeover targets.

But with our highest VQScore, the stock could easily surpass its consensus target of $77.56. That figure would be an upside of 14.7% from Tuesday’s close price.

In fact, with that VQScore, we could see the price move closer to $101, which is the price target of Scotiabank. That target represents an upside of almost 50%.