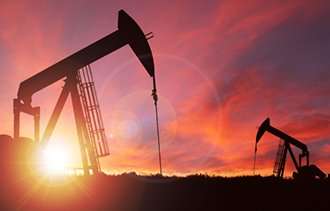 Oil prices are absolutely soaring in 2019. Year to date, WTI crude oil is up more than 30%, including a nearly 3% jump yesterday (Monday).

For the first time in five months, crude oil prices have reached $60 per barrel thanks to OPEC’s production cuts.

And while renewable energy is becoming more prevalent, oil will continue playing a massive role in the energy market over the next several decades.

Still, many investors are wary of investing in oil after a volatile 2018. Prices started at $63.70 in January. By July, oil prices had climbed to $70.98. Once December rolled around, oil dropped again to $40 per barrel. Investors who held on all year were looking at a 30% loss by year’s end.

Despite the price fluctuations, U.S. crude oil production reached record highs in 2018 of 12.1 million barrels per day (bpd). And in 2019, production is already up 19% year to date.

One of the best ways to play climbing demand and higher crude oil prices is with a master limited partnership (MLP).

And MLPs offer quite a few advantages…

Best of all, the Money Morning Stock VQScore™ system just identified the best MLP to buy today. This system pinpoints the best stocks flying under the broader market’s radar.

Must See: This small $6 U.S. defense firm with a new top-secret technology could help the Pentagon stop a Chinese sneak attack dead in its tracks. Read more…

This company is absolutely booming. First, its net profits increased by 50% last year alone. Beyond that, this company has a dividend yield of 6.44%. That’s more than double the yield of the Energy Select Sector SPDR Fund ETF (NYSEARCA: XLE) of 3.04%.

And now, we’re at the beginning of another massive surge in oil stocks. One analyst even says share prices for this company could go up another 27%. That’s on top of the 6.44% payouts.

This Is the Best MLP to Buy Right Now

Since Magellan is an MLP, roughly 90% of its revenue is made from oil. However, it operates primarily in the midstream sector by storing and transporting oil rather than producing and selling it.

Because MLPs transport and store oil, they’re not susceptible to some of the price volatility producers and sellers are. So, as long as oil is being sold, midstream companies like Magellan will continue pulling in profits.

However, the biggest reason Magellan is such a great stock is its presence among all of the major oil sites. This includes the massive Permian Basin and Eagle Ford Shale. And both have been at the center of a multi-billion-dollar boom between 2018 and now.

The Permian Basin houses oil across Texas and New Mexico and is the largest producing basin in the United States. The Eagle Ford Shale spans all the way from northwest Mexico to East Texas.

And from now until 2022, total U.S. oil production is expected to reach 15 million bpd. Beyond that, analysts say the states will see $14 million bpd well through 2040. That’s 17% to 19% of the current global oil production.

Since Magellan is one of the biggest oil transporters in the United States, with roughly 10,000 miles of pipelines, it’s expected to earn millions from these two booming regions.

With a massive profit margin of 50% and future revenue increases from the Eagle Ford Shale and Permian Basin, Magellan stands to make even bigger gains.

So if you’re looking to jump in on the huge profits, you will want to invest in this oil stock right now…