One of the biggest power companies on the planet is immediately shutting down the production of its coal-fired power plants and will phase out existing coal plants by 2030.

And it’s a trend we don’t see slowing down anytime soon. In fact, it’s a trend that can be massively profitable for you…

Marubeni is the fifth largest publicly traded company in Japan and the country’s largest power producer. It sells power across the world too, with offices in Johannesburg, Lisbon, New York, and everywhere between. 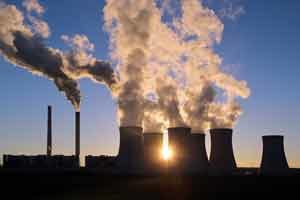 Out of the 120 coal power plant developers globally, Marubeni was the 11th largest as of last year.

This isn’t some mom-and-pop operation trying out a publicity stunt.

The Institute of Energy Economics and Financial Analysis’s Tim Buckley calls Marubeni’s decision “one of the biggest breaking stories of 2018 in terms of energy transition [away from fossil fuels].”

Marubeni will boost its renewable portfolio by up 20%, more than doubling it, to make up for its divestment in coal. In fact, it’s already building a 1.17 gigawatt solar plant, one of the biggest and cheapest developments in the world, according to Quartz.

While Marubeni says some of its biggest investors wanted to see the company address greenhouse gas emissions and climate change, its decision to push renewables makes even better business sense.

Solar and wind power are already two of the cheapest sources of electric power in the United States, and that’s without factoring in any kind of government subsidy.

The Gains on This One $10 Stock Alone Could Earn You Enough to Retire: Click here now for details.

Only natural gas is cheaper, and wind and solar energy costs are quickly falling. That’s why 61% of the world’s new power generation came from renewable energy last year.

Now, coal will never go completely away. There’s always a use for it in the global energy mix, and some companies – especially in China and India – can still use it profitably.

But between the plunging costs of renewables and their zero-emissions benefits, the global trend toward renewables is the future.

Fortunately, you can make a killing from it with another energy producer that’s way ahead of the curve.

This company is already the world’s largest generator of wind and solar energy, and it’s one of the biggest power companies in the United States.

And not only does it have a perfect score on our propriety stock rating tool, it could double your money too…

The Energy Stock Already Ahead of the Global Renewable Trend

Through its subsidiary NextEra Energy Resources (NEER), the company generated 80% of its power from solar and wind last year and another 14% from nuclear power. NEER then sells this power wholesale to local electricity suppliers.

As you can see, it’s already on the leading edge of the trend toward renewable power.

And it’s been a lucrative trend to lead.

NextEra has grown its operating cash flow for each of the last three years and grown its profits every year for the last five years.

That simply can’t be done without an excellent business model and steady management.

And despite a gaudy 33% net profit margin – 32% higher than its biggest competitor’s in Duke Energy Corp. (NYSE: DUK) – Wall Street just isn’t paying any attention to the stock.

You see, NextEra trades for a dirt cheap price/earnings (P/E) ratio of 10, and Duke Energy, the United States’ largest power producer, clocks in with a P/E ratio above 20. With the overall S&P 500 P/E ratio sitting at 25.19, we think it’s likely NextEra’s valuation catches up to its rival’s sooner than later, which would double the share price.

With that sort of growth potential, it’s no wonder NextEra stock has a perfect Money Morning Stock VQScore™ of 4, a clear sign right now is the best time to buy in.

On top of that, NextEra pays a healthy of dividend of $4.43 a share for a 2.56% yield. You’ll be making more money from simply holding the stock than you would in a high-yield savings account.

And if you want more of our expert research, the potential gains get even bigger…

And he recently revealed his latest potential moneymaking play, exclusively to a small group of his readers. Click here to learn more.