On Monday (May 27), Fiat Chrysler Automobiles NV (NYSE: FCAU) announced plans to pursue a merger with French automaker Renault SA (EPA: RNO). This is a bold effort to adapt to technological and regulatory developments in the global auto industry, and it could be very profitable for you.

In fact, FCAU is projected to increase earnings by 167% in 2019. And there’s a good reason for this.

The Chrysler-Renault merger, tying up two of the world’s largest auto manufacturers to the tune of $35 billion, has ignited Wall Street over its profit potential. FCAU stock went up 7.2% the day following the merger (May 28), and RNO shot up 12.1%. 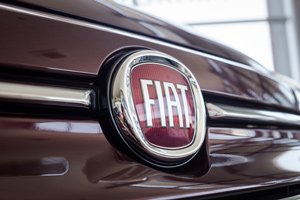 However, an even more exciting profit angle to this merger could revolutionize the entire global auto market.

You see, while this merger is likely to shake up the balance of the world’s biggest car manufacturer, it’s especially good news for Chrysler and the company’s efforts to break into the electric vehicle industry.

Today, we’ll take a close look at how this merger has the potential to give Chrysler the lead among the top electric vehicle stocks and make an almost 150% profit for investors.

The Chrysler-Renault Merger Could Doom Tesla

Following Fiat Chrysler’s press release, shares of both Fiat and Renault danced around the 10% gain mark.

And Wall Street’s enthusiasm makes sense – this merger has the potential to boost the manufacturing capacity of both companies to 8.7 million cars a year while cutting costs by an estimated $5.6 billion.

These kinds of numbers would make Fiat Chrysler the third largest auto manufacturer in the world, behind Toyota Motor Corp. (NYSE:TM) and Volkswagen AG (ETR: VOW3).

That would be a huge boost for both companies. But the real profit potential is in a small statement Fiat Chrysler gave following the announcement of the potential merger.

According its official statement, Fiat Chrysler intends for this new potential firm to “have the scale, expertise, and resources to navigate a rapidly changing automotive industry.”

A key part of this development involves tapping into one of the fastest-growing markets in the world: electric vehicles (EVs).

Over the last decade, the EV industry has made leaps and bounds toward becoming not only a suitable alternative to conventional gas-powered cars, but an immensely profitable market mover.

That will be on the heels of the 81% jump in sales electric cars locked in last year.

If Fiat Chrysler manages to pull off its deal with Renault, it will put the firm on track to being the most profitable EV stock on the market.

That’s because Chrysler has an ace up its sleeve.

And it could send the stock soaring 150% higher…

Chrysler Is Building Electric Vehicles for the Masses

Because of their high price tag, electric vehicles have lacked appeal to a mass consumer base.

That’s where Fiat Chrysler comes in – it’s racing to build electric vehicles that appeal to all parts of the market.

While the company recently announced that it would produce electric Maseratis for the luxury market, it is also working to develop plug-in hybrids for the Ram and Jeep brands – brands that have a wide consumer base across the world.

And they’re not stopping there. The company has plans to create fully electric jeeps and trucks. The firm is investing $4.5 billion in its assembly plants in order to make this a reality.

This could create huge profit margins for Fiat Chrysler. The Jeep brand is one of the most popular brands in the world, selling nearly 1 million vehicles in the United States alone.

Producing an electric Jeep is likely to tap into this popularity.

Fiat Chrysler is already preparing for this future. The firm recently negotiated with the European Union to have its cars counted among the Union’s Tesla fleet.

This allows the company to lower its emission output and avoid billions in fines that the company’s gas-powered vehicles would be subject to under EU law.

Fiat Chrysler also has the financial firepower necessary to get its electric vehicle ambitions across the line.

Meanwhile, the company’s total profits in 2018 amounted to $3.9 billion.

And its short-term growth forecast only sweetens the deal.

That’s going to generate killer returns for shareholders. Analysts are projecting the share price could surge 145% higher in the next 12 months.

And that’s why our proprietary Money Morning Stock VQScore™ system gives the firm a 4.15 – right in the “Buy Zone” – a sign it’s ripe for a breakout.