At least, that’s what the mainstream media would have you believe…

In a blog post, Coinrail confirmed a “cyber intrusion” of its systems. Some have estimated that it lost over $40 million in tokens. 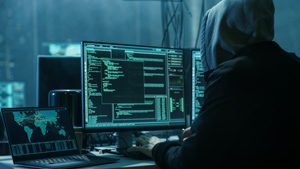 However, the hack of one small exchange in South Korea was unlikely to cause such a panic. It was barely in the top 100 exchanges in terms of trading volume before the hack.

Yes, the infiltration didn’t help the crypto market, but there’s a bigger story…

The CFTC wants to know if prices are being manipulated.

Here is a recap of the top five cryptocurrencies by market cap as of 11:00 a.m. EST:

Bitcoin prices have been very volatile in 2018, but a cryptocurrency guru has a bold Bitcoin price prediction.

Here’s everything you need to know about this bold price prediction.

The Top Cryptocurrency Stories for June 11

A New Age of Easy Money Has Arrived: In today’s chaotic market, this could be the perfect way to collect enormous profits each and every week – without touching a single disappointing stock ever again. Read more…

The market has been relentless, unpredictable, and at times downright disappointing.

But after 36 years of making millions off stocks, this man is done with stocks for good.

He’s just cracked the code to creating as much as millions of dollars in new wealth without having to deal with a single unreliable stock ever again.