As the price of silver in 2018 continues to struggle, has the precious metal found its bottom?

Given the challenging sentiment and momentum silver is facing, it could still drop a bit lower before finally beginning its rally.

The silver price has been testing the recent low it established in early July, as hot money dropped commodities in favor of cash and short-term bonds.

But with sentiment so low and fundamentals so bullish for silver from both industrial and safe-haven demand perspectives, the outlook for silver remains bright.

We know silver plays second fiddle to gold, and the king of metals is finding the current environment challenging as it tries to find a path higher. So as gold looks to establish its own footing, silver will likely follow suit and wait for gold’s cues.

Don’t Miss: This secret stock-picking method is so good, if you started with a small stake, a string of these picks could have earned you $1.2 million. Find out how it’s done…

Both metals tend to perform well at this time of year as we work towards the end of summer.

My view is that silver needs to see sentiment finally washed out so that everyone who’s lost conviction has sold. From there, bargain hunters can step in, start buying, and take the metal to new highs.

How the Price of Silver in 2018 Is Trending

To call the past week in silver trading lackluster would be an understatement. The metal has lost its shine recently, struggling to stay above $16. 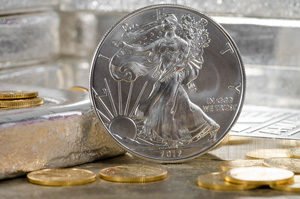 Here’s the action in the DXY for the past week: 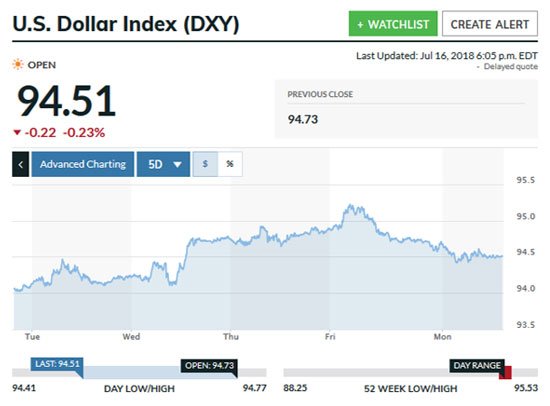 Then on Monday, despite a further retreat in the dollar index that consolidated tightly around 94.5, silver was only able to claw back a few cents to end the trading day at $15.76.

Now that we’ve seen how silver prices are trending, here’s my outlook for silver in the second half of 2018…

My Newest Silver Price Outlook for 2018

Despite the bump in the dollar index early last Friday, the index closed lower. 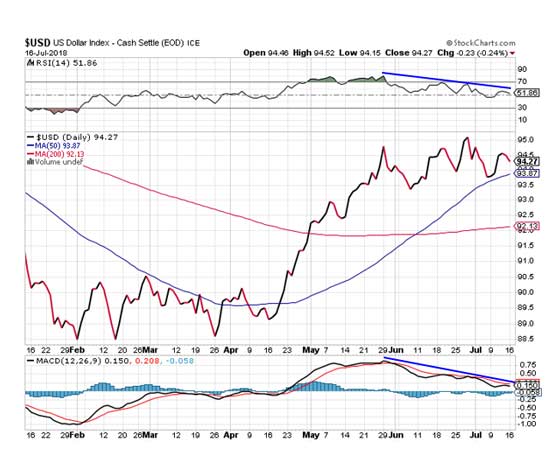 At this point it looks like it could either consolidate in a range between 92 and 95, or as momentum suggests, it could continue to trend lower.

As I’ve pointed out previously, momentum has been to the downside since late May as per the relative strength index (RSI) and moving average convergence/divergence (MACD) indicators. So my bias is for further weakness ahead for the dollar.

Silver put in a nice bounce last week off its early July low near $15.80. 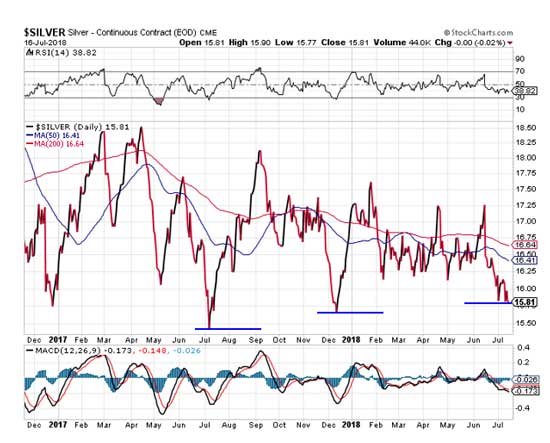 But that was short-lived, as the metal came right back down to test those same levels over the last couple of trading days. Although the RSI has room to move lower, the MACD suggests sentiment is weak enough to turn positive from here.

If silver does start another leg lower, we’ll need to see a close below $15.70, which was the previous low in December. That would be a negative sign, as we could then see $15.50, which silver tested momentarily last year in July.

But interestingly, silver had a massive leg up to $18.15 starting one year ago, which ended in early September.

From a seasonal perspective, silver tends to do well from July right through to late September. If silver can manage to bottom soon then rally until late summer, we could see the metal retake its most recent overhead resistance of $17.25 by then.