After becoming significantly oversold late last week, the price of silver has managed to show some strength.

So far, that bounce has been somewhat timid. But conditions are ripe for a strong rally.

We may have seen the U.S. dollar peak against its major competitors like the euro, the Japanese yen, and even the Chinese yuan a few days ago.

As far as macro concerns go, Turkey is still the biggest risk right now, especially as optimism regarding upcoming U.S.-China trade talks later this week has returned. The hope is that tariffs on $16 billion of Chinese goods (scheduled to kick in this week) and China’s retaliatory tariffs could see some positive signs of easing. 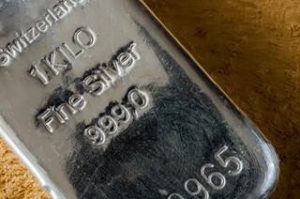 As speculators jump into silver futures to cover their massive short positions, silver is showing signs of life once again.

If sentiment proves to have hit bottom and the dollar continues to weaken, then the price of silver may be able to put on an exceptional rally from here.

Here Are the Latest Movements in Silver Prices

How to Profit off This $11.1 Billion Money Pool: By following a few simple steps, one IRS directive could help set you up to receive checks of up to $1,795 every single month thanks to a genius investment. Learn more…

But since then, the grey metal has climbed on balance. That closely coincided with the peak in the dollar. For its part, the U.S. Dollar Index (DXY) kept up its dramatic climb until just before 10 a.m. on Wednesday, when it flirted oh-so-closely with the 97 level before backing off.

Here’s a closer look at DXY action for the past trading week: 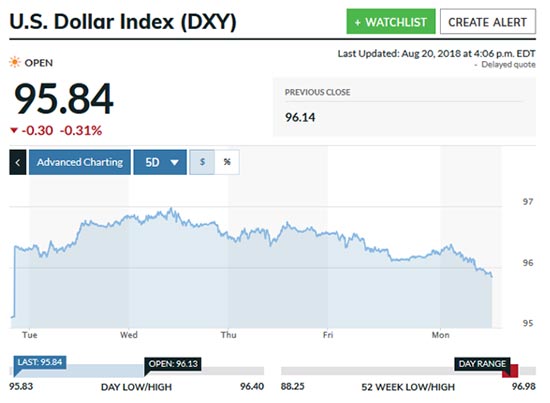 Once the reversal happened, the dollar kept losing ground. Other major currencies began rebounding from oversold conditions, and by midday Monday, the DXY had lost 100 basis points since Wednesday.

That along with distinctly oversold conditions in silver set the stage for silver’s own rebound.  Here’s how that looked: 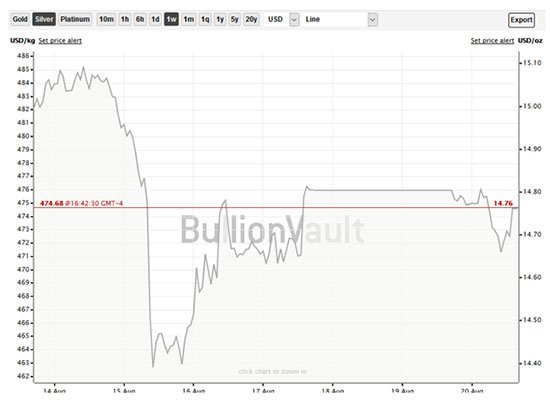 Despite the DXY’s reversal of fortunes, silver’s bounce on Monday was rather muted.

But given last week’s dramatic action, the bottom silver bulls have been impatiently waiting for may now finally be in.

Here’s My Newest Price Target for Silver Prices in 2018

Looking at the action in the DXY, it’s quite possible that overhead resistance has acted to cap the recent rally dating back to April. 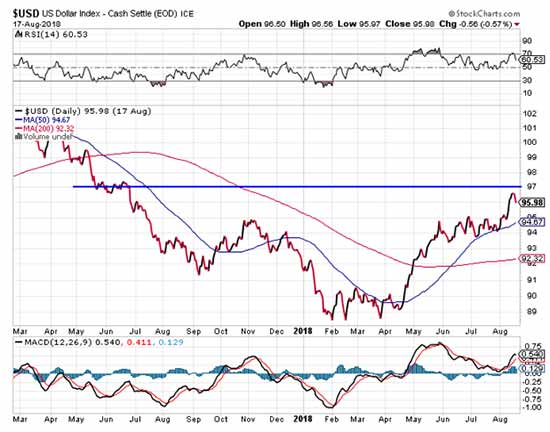 We saw consolidation in the 97 area back in June of last year, and that may well be this rally’s upper limit.

As for the silver price, the following chart says it all: 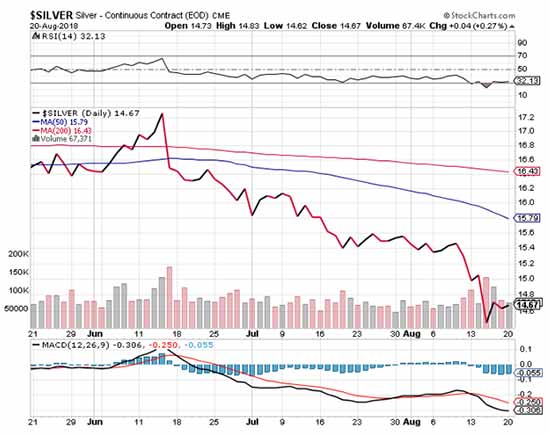 But look at the red (down day) volume bar on Aug. 15. That looks to me like capitulation.  Interestingly, it was followed by a large grey (up day) volume bar on Wednesday. What’s more, the relative strength index dipped to around 22 that day and the moving average convergence divergence got pushed massively lower.

The silver bears may indeed have become exhausted. Most recent CoT data shows large metals speculators had become even more bearish up to Aug. 7, with an overall position back in bearish territory for the first time since early May.

But as silver has shown us repeatedly in the past, it could take out those targets in a flash.