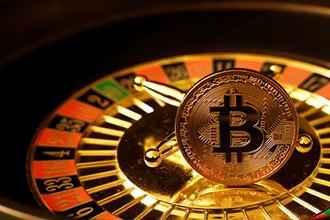 The extended track record of denials meant this week’s action came as no surprise to the crypto community. That’s why the Bitcoin price barely budged in reaction to the news, falling less than 1% as the news broke. It recovered even that small loss a few hours later.

The good news here is that the Bitcoin market has become utterly cynical that an ETF will ever be approved. So whenever it does happen – and the tone of the 112-page SEC decision rejecting the Bitwise Bitcoin ETF suggests that day is a long way off – the Bitcoin price will skyrocket.

Curiously, Bitwise Managing Director and Global Head of Research Matt Hougan raised expectations for approval of the Bitwise Bitcoin ETF Trust earlier in the week during an interview on CNBC‘s “ETF Edge.”

“We’re closer than we’ve ever been before to getting a Bitcoin ETF approved,” Hougan told show host Bob Pisani.

Easier Than Trading Crypto: You have to be your own expert to make money trading crypto. But in the “conventional” markets, all you need are the secrets of America’s No. 1 Pattern Trader, Tom Gentile. Get access for only $1…

Like most in the crypto community, I was skeptical despite personally favoring approval. The first Bitcoin ETF was proposed by the Winklevoss twins way back in July 2013 – and the SEC has delayed and rejected proposal after proposal ever since.

The SEC ruling on the Bitwise ETF, which would have traded on the NYSE Arca exchange, was particularly brutal. While the SEC’s reasons echoed those in previous denials – mainly concerns over market manipulation and the ability to detect and deter it – this ruling went into more detail.

Why the SEC Denied the BitWise Bitcoin ETF

Reading through the statement, it’s clear that the problems preventing the SEC from approving a Bitcoin ETF are systemic.

The agency does not feel enough safeguards are in place at the world’s crypto exchanges to prevent price manipulation. Some markets are regulated, but many aren’t. That’s a problem for the SEC, especially for an asset that trades 24/7.

The SEC is also skeptical about trading volume and whether the mechanisms of price discovery work as well as Bitwise claimed in its proposal. Unwisely, the Bitwise proposal included some poorly supported claims about “fake volume” versus “real volume” on exchanges that particularly appeared to annoy the SEC commissioners.

In short, the SEC said Bitwise and NYSE Arca had “not met its burden” in demonstrating that its proposal was consistent with the requirements of U.S. securities laws and regulations. And at the end of the day, this is the SEC’s job.

As “ETF Edge” host Bob Pisani put it, “The problem the SEC has is very simple – it’s the ‘grandma problem.’ Is it safe to sell it to grandma?”

But despite the denial of the Bitwise proposal, I remain optimistic that the SEC will at some point feel comfortable enough with the Bitcoin markets to approve a Bitcoin ETF.

And in that interview, Bitwise’s Hougan rightly pointed out that the Bitcoin markets have made a lot of progress recently.

“Two years ago, there were no regulated crypto exchanges. Now, six of the 10 big crypto exchanges are regulated by the New York Department of State with market surveillance technologies in place,” Hougan said. “And most importantly, two years ago, it was a one-sided, inefficient market. Today, we have $200-plus million in volume and regulated futures every day.”

The $200 million-plus market Hougan is referring to is the CME Bitcoin futures market.

Another sticking point for the SEC, custodianship, has also made a lot of headway.

“Two years ago, there were no regulated, insured custodians in the Bitcoin market. Today, … there are big names like Fidelity and CoinBase [with] hundreds of millions of dollars of insurance from firms like Lloyd’s of London,” Hougan said.

Given the rate of progress at which the Bitcoin markets are maturing, in time, all of the SEC’s concerns will be addressed.

There’s just one Bitcoin ETF proposal remaining before the SEC – the Wilshire Phoenix Bitcoin and Treasury Investment Trust. Because that proposal was published in the Federal Register July 1, it has a final SEC approval deadline of Feb. 26, 2020.

As I read the denial of the Bitwise ETF, my sense is next February won’t leave enough time to satisfy all of the SEC’s objections.

The fact is, many parts of the Bitcoin market are relatively new.

But we’ll get there.

And when the SEC does approve the first Bitcoin ETF, the consequences will be enormous…

What the First Bitcoin ETF Will Mean for Investors

A Bitcoin ETF will touch off an absolute monster rally. That’s because an ETF will give retail investors an easy way to put some money into Bitcoin.

“What the Bitcoin ETF would allow everyday investors to do is have safe, simple, secure access to the wealth generation taking place in Bitcoin and crypto,” Hougan said. “It would let financial advisors give it to their clients easily instead of them going rogue. It’s just trying to solve that problem of simple, secure access to what is emerging as a very important technology and a very important asset class in the market.”

Of course, it’s difficult to gauge just what retail demand for a Bitcoin ETF would be. But when the first gold ETF was approved back in 2004, the fresh demand for the yellow metal helped a spark a rally that doubled the price of gold within two years.

Meanwhile, the Bitcoin halving event next May will cut supply of freshly mined Bitcoin in half. Economics 101 says that rising demand and reduced supply will drive the Bitcoin price higher.

The only question is how quickly it will happen and how high it will go.

This Strategy Could Blow Past Even Bitcoin’s Gains

Investors who buy Bitcoin today have the potential to make 10x gains over the next two years or so. Most folks would gladly take that… but you can do even better.

The key is finding an investment with tremendous potential – and getting in early.

That’s exactly what angel investors do. They seek out the best startups – companies like Airbnb, Uber, Snap, and Roku. But they get in at a discount, long before the IPO. When such companies eventually go public, they walk away with huge windfalls.

Until now, this door has been closed to regular investors. They’ve had little choice but to wait for the IPO – leaving the lion’s share of those eye-popping gains to the angel investors.

Now, regular folks – folks like you – have a shot at getting in early on the kind of high-potential startup companies that can generate life-changing wealth.

All it takes is $50. Click here to see how you can get started…

← Why is the Cannabis Sector Collapsing Today?
1 Small-Cap Pot Stock With Large-Cap Potential →