The American solar market is on the verge of picking up as the initial reaction to solar PV tariffs wears off – which means big profits ahead for the company we’re sharing with you today. 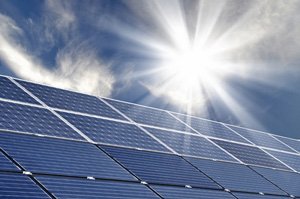 Solar Power World reported in September that utility-scale solar projects – some of which had been on hold because of tariffs – are set to drive an accelerating solar market in the last part of this year. In fact, solar PV capacity in the United States is projected to more than double in the next five years.

The U.S. solar industry will also grow now that the prices for PV panels have gone down – another profitable development for today’s highlighted company.

This company doesn’t make panels, so it doesn’t have to worry about feeling the pinch from lower panel prices.

Instead it makes the products that convert PV-generated electricity into an efficient, usable form for homes and businesses. That includes power optimizers, which constantly track and adjust the settings of every individual cell in a solar array in order to keep it running at maximum efficiency.

It also includes inverters, which convert the DC power that solar panels pump out into AC power that’s usable in the electricity grid for homes and businesses.

The Gains on This One $10 Stock Alone Could Earn You Enough to Retire:  Click Here Now for Details

On top of that, this company offers cloud-based monitoring systems that can be accessed from a smartphone or tablet to keep track of a solar power system and make sure everything is working as it should be.

In other words, the products offered by this company don’t just provide solar energy, but smart solar energy.

We’re talking about one of the top suppliers in the world in all these categories. So as the world continues to shift to solar power, this is going to be one of the biggest beneficiaries.

And this company just reported revenue for the most recent quarter, up 42% from the year before.

In spite of this growth, the stock price has fallen due to tariff anxiety. That makes it a perfect opportunity to grab now, while it’s undervalued.

That’s why our Money Morning Stock VQScore™ system gave it a top score as a stock due for a rise.

SolarEdge Technologies Inc. (NASDAQ: SEDG), established in 2006 and based in Israel, is a dominant – and still growing – presence in the industry.

A quick look at numbers shows why SolarEdge looks like a good investment:

Of course, there’s so much more going on with this company that investors shouldn’t overlook…

Click here to see all of our top-rated stocks, and you’ll automatically get free updates on our top stocks, based on our proprietary rating system, the Money Morning Stock VQScore™.

For starters, this year, the 2018 BIG Awards for Business gave SolarEdge its New Energy Product of the Year Award for its EV-charging inverter.

This product allows electric vehicles to charge using a combination of electric grid power and solar PV power, and does so at “Level 2” efficiency. That’s six times faster than a standard EV charging station. The result is fast, clean vehicle charging with lower costs in the manufacturing, installation, and power generation stages.

Also in 2018, SolarEdge made two key acquisitions that are going to have a big impact on the company’s bottom line in the coming years.

First, in July, it acquired Gamatronic Electronic Industries, a leading supplier of uninterrupted power supply (UPS). These systems store electricity in case of an unexpected power failure for residential, commercial, and institutional applications.

As SolarEdge brings its expertise and innovation to the multibillion-dollar UPS market, we can expect to see some exciting new products on the market in the coming years.

Then in October, the company acquired Kokam, which produces lithium-ion batteries for electric vehicles of all types – including military and aviation vehicles – as well as electric storage systems.

SolarEdge already has a presence in some of those markets. We’ve seen its ingenuity in providing power to electric vehicles. And it’s been providing inverters for Tesla Inc.’s (NASDAQ: TSLA) energy storage systems since 2015.

Now the company will be able to build its own storage systems, creating new possibilities as it combines them with its solar products.

Free Book: The secrets in this book helped one Money Morning reader make a $185,253 profit in just eight days. Learn how to claim your copy here…

Even though SolarEdge doesn’t produce PV panels, it has managed to stake out a highly profitable position in the solar industry. And it has managed to avoid the volatility that some of the rest of industry has dealt with over the last year or so.

Plus, its new acquisitions mean we can expect a lot more innovation to come – and big profits along with it.

Best of all, thanks to the slowdown in the rest of the industry, the stock has never been a better value than it is right now.

Why Now Is the Time to Buy SEDG

SolarEdge’s share price has slipped to a little over $38 from $64.30 in mid-May. But if you look at the company’s performance, it’s clear that its value has only grown in that time.

I mentioned revenue for last quarter was up 42% from the year before. Before that, sales were up significantly for four straight years, growing 668% in that time.

Earnings per share (EPS) for the last quarter rose even more than revenue: 55.7% from the year before. And SEDG is now on pace to close out the year with an impressive 59.5% growth in EPS.

The company has also managed to increase its cash flow remarkably since 2014, by just about any measure. Its net operating cash flow, for example, has gone from being in the red (-$17.9 million) in 2014 to a healthy $188 million over the last 12 months.

Again, this is during a time when the solar market has supposedly been in a slowdown.

Wall Street has taken notice. Six out of eight analysts tracked by FactSet call SEDG a “Buy,” with an average target price of $59.71. That’s 55% above its current price. And Colin Rusch at Oppenheimer expects the stock to rise to $64 – a 66% gain.

Wall Street’s opinion aligns pretty closely with SolarEdge’s valuation metrics. Both its forward price/earnings-to-growth (PEG) ratio and its price-to-sales ratio suggest the stock is trading at about 60% of its fair value.

That would also suggest a rise to about $64 – right where it was in May before it started to slip.

And none of that accounts for solar power in the United States regaining its footing in the coming months, or for the impact of SolarEdge’s latest acquisitions.

So this is a pick that can give you all the long-term benefits of the alternative energy revolution while still handing you immediate gains along the way.

That might be the best buying opportunity you’re going to find today.

The World Is Changing – Don’t Get Left Behind…

Right now, solar power occupies just a tiny niche of the global energy market – less than 1%. But a massive wave of new wealth is about to be unleashed that could be yours for the taking.

See, California just passed a mandate requiring all new homes built after 2020 to include solar panel installations. And our energy expert, Dr. Kent Moors, has uncovered the one company at the heart of this solar revolution.

With over 200 patents protecting its market share, it’s no surprise that it’s positioned for a potential 80,000% sales surge.

If you want to capture the biggest profits, it’s essential you learn how to get in early – click here for all the details…