If you’ve ever considered investing in cannabis, then this is the week you’ve been waiting for. You’ll simply never find a better time to jump into the marijuana market than right now.

On Wednesday, Oct. 17, Canada is fully legalizing marijuana for all uses. Medical marijuana and recreational marijuana will both be legal. It will be legal to buy it, to sell it, to grow it, to transport it. You name it. 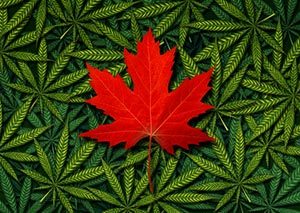 More importantly for us, Canada’s marijuana legalization will be one of the biggest catalysts we’ve ever seen for one industry.

But the initial catalyst will be over on Wednesday. After that, cannabis will be officially mainstream in Canada.

And there’s still time to get into this market before Canadian pot stocks truly take off.

But you don’t want to wait another day.

The profit potential is simply too incredible to miss…

Your Path to $2 Million by Next September

And Deloitte says it’s going to be as high as $22.6 billion over the next couple of years.

The only problem was it was all illegal until June 19.

The money wasn’t going to legitimate businesses. It was going to the black market.

The June 19 vote by Canadian officials to legalize all cannabis use was like flipping a light switch. Those billions of dollars are up for grabs.

Now, Canadian marijuana is going to be the fastest-growing industry on Earth for the next five years.

It’s even going to beat cryptocurrencies.

Let us tell you why.

And yet, the Canadian marijuana industry has the potential to grow much, much faster than that.

Experts predict the legal marijuana market could grow by nearly 9,000% in Canada alone – far faster than anything else on the planet.

But it’s only the tip of the iceberg. Because global sales could bump that as high as 44,400% over the next few years alone if Canada captures the entire illegal marijuana market.

This is an honest chance for regular, everyday people to become millionaires in the next few months…