Eleven states and the District of Columbia have already legalized marijuana for recreational use. And all but eight states allow medicinal marijuana to some degree, or have at least partially decriminalized cannabis (or products like CBD oil)… 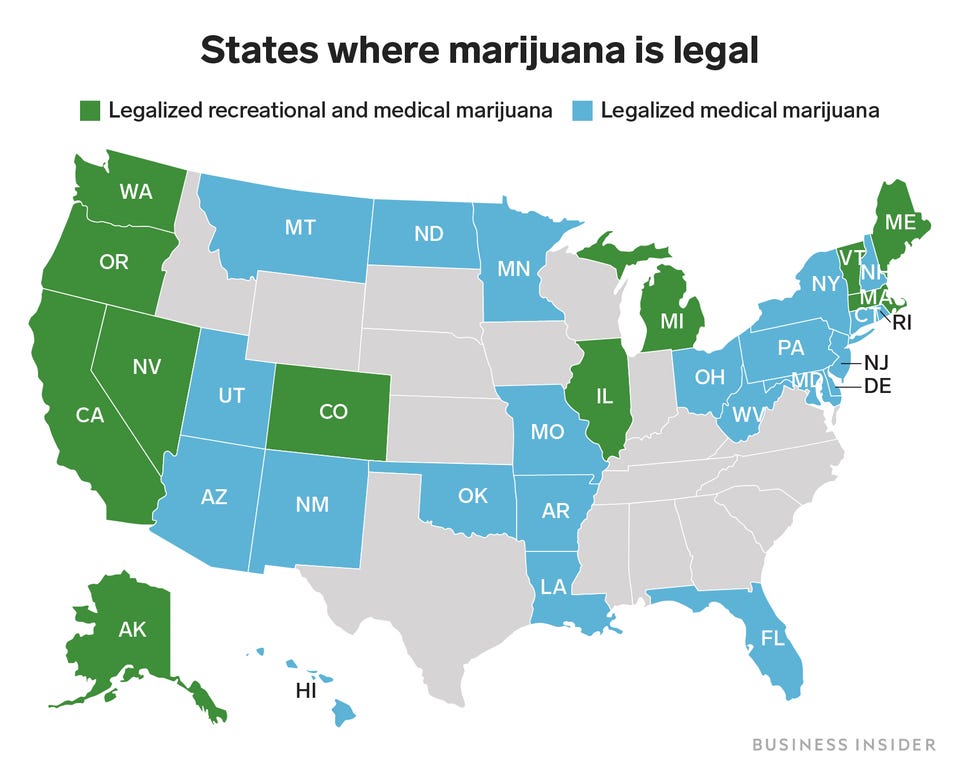 But, at the federal level, the legal cannabis industry remains in limbo.

Marijuana is still an illegal Schedule I substance under federal law. And businesses within the sector face a precarious existence. A fickle Justice Department could put them out of business at any moment.

There’s a reason that the larger players in this space, such as Canopy Growth Corporation (NYSE: CGC) and Cronos Group Inc. (Nasdaq: CRON), are domiciled in Canada instead of the good ol’ USA.

The fast-approaching presidential election in the U.S. may change that.

Ultimately, Congress wields more power than the president here, because it would be responsible for rewriting national drug laws.

But the executive branch has a lot of discretion in how it interprets and prosecutes the law. So the man in the White House matters.

Which election outcome would be more bullish for cannabis stocks: a second Donald Trump term, or a new Joe Biden administration?

How Would a Second Trump Term Affect Pot Stocks?

For a man who seems to have an opinion on everything, President Trump has been conspicuously silent on marijuana issues.

He considers it a state issue and has avoided addressing it further. It’s not a big enough priority for him to tackle at the federal level. But he doesn’t seem to mind states doing their own thing.

Barr seems to share Trump’s general lack of interest on the matter. In Senate testimony last year, Barr said that he considered the current legal situation “intolerable” because it put state and federal laws in contradiction of each other. He indicated support for de-federalization of marijuana regulation and just punting to the states.

We don’t know if Barr would stick around for a second term. But if he does, we’ll see more of the same: States will continue to loosen their drug laws, and the federal government will shrug.

If Congress passed a bill to legalize and regulate marijuana at the federal level, Trump would…

← Why You Should Invest in Cannabis in the Fall
3 Pot Stocks to Buy Ahead of the U.S. Election →