This morning (May 2) Muriel E. Bowser, mayor of Washington, D.C., announced new legislation to legalize recreational cannabis in the nation’s capital. And this new push for marijuana legalization is another massive buy signal for pot stocks.

Since 2014, home cultivation and low-level possession has been legal in Washington, D.C. However, despite its legality, there has been no legal way to buy cannabis. That’s about to change.

Since 2015, the mayor and most of the district’s council members have supported the legalization of cannabis sales. Unfortunately, Congress has continuously approved a federal spending rider that blocked any attempts by the district to use local funding to pay for the bill.

But now that a majority of the House of Representatives is controlled by members of the Democratic Party, cannabis supporters think provisions blocking legal distribution could be removed as soon as 2020. 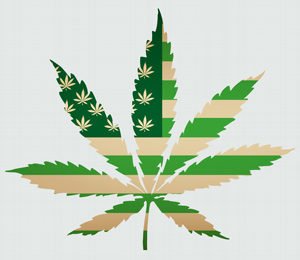 Right now preparations to introduce Mayor Bowser’s new bill to the District of Columbia Council for the legislative process are already under way. The proposal would allow people 21 or older to purchase one ounce of usable cannabis flower, 16 ounces of edibles, five grams of concentrates, and 72 ounces of liquid CBD per day.

This is big news for pot stocks and the ever-growing cannabis market. Washington, D.C., is the capital of the United States and one of the 20 largest cities in the country. Beyond that, its population is bigger than two states, making legalization there a move on par with statewide legalization.

And it’s yet another piece of the lucrative trend we’ve been telling you about for years.

While cannabis has been raking in big profits over the last year, it’s only just beginning…

Why Right Now Is the Best Time to Buy Pot Stocks

If you’ve been following Money Morning, then you know the legal cannabis industry has been skyrocketing. In 2018 alone, it was valued at $12.2 billion.

And that’s just based on the 10 states where cannabis is legal. So, with the push towards recreational cannabis legalization in the U.S. capital, pot stocks could see double- or even triple-digit gains again like 2016’s 50% pot stock rally. This is because the U.S. has a massive untapped market for legal cannabis distribution.

STAKE YOUR CLAIM: Three pot stocks in particular could be poised for rare, wild gains of up to 1,000%. Click here to learn how you could see a $2 million “pot payday” …

Once recreational use is legal in the capital, this will surely trickle down throughout the rest of the country. Arcview Market Research and BDS Analytics says the legal cannabis industry will grow to $16.9 billion by the end of 2019. That’s a 38% increase in just one year.

By 2022, the study says it will be valued at $31.3 billion. That’s 85.2% industry growth over the next four years. But that was before news broke this morning over Bowser’s push for legalizing the sales of recreational cannabis. So, these figures stand to jump even higher as we move closer to 2020.

In fact, the Cowen Group thinks cannabis is on track to becoming a $30 billion industry by 2026. And by 2030, the group says it could easily reach $75 billion.

Wall Street Investment bank Jefferies and analyst Owen Bennett also say cannabis has the potential to grow into a $130 billion in the next decade or so. And these predictions existed before today’s news…

Even now, pot stocks have been one of the most profitable investments for retail investors. It’s an industry that’s already generating billions of dollars in profits on a daily basis. Companies in the cannabis industry, like Canopy Growth Corp. (NYSE: CGC), have already seen gains of 1,500% since 2015.

But that’s only the beginning…

With more states and cities, like Washington, D.C., legalizing cannabis, there will be even more opportunities to lock in gains like these.

That’s why we’ve put our research team to work to find the best cannabis stocks available.

In fact, we have three pot stocks below that could be your “foot in the door” in the rapidly expanding cannabis market…

But not all pot stocks will hand investors life-changing wins. In fact, often the companies making headlines are least likely to see the biggest gains.

These three pot stocks, on the other hand, are flying under the radar… for now. Each of them could see exponential stock price acceleration at any moment, and if you get in before that happens, you could turn a token stake into a lifetime of wealth.