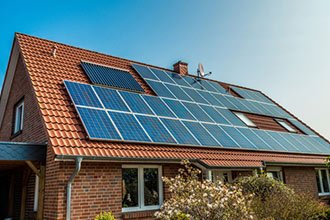 We’re still more than a year away from the pivotal 2020 election, and the political jockeying from both sides of the aisle has already become tiresome.

Instead of being depressed by the nonsense, I’m going to try my damndest to make money from it.

In fact, I already have.

Explosive was the perfect word.

The stock has soared 135% since that recommendation was made in March. The S&P 500 is up a measly 7% in the same time frame.

You Have to See It to Believe It: Claim your stake in this 1,000x market phenomenon with just $50. Click here now…

Those returns for SEDG were due to two consecutive quarters of profits beating estimates. There are plenty more quarters like that coming.

The political world may be a continuous series of unfortunate events and skirmishes at the party level, but there is hope out there.

Some of that hope can be found in the next generation.

Students around the globe held demonstrations last week regarding the climate. They have a passion for the issue, and that passion is going to result in transformative change.

Mandates for renewable energy have spurred multiple years of change. Those are now beginning to pay off.

Profits are rolling in, and we are only in the early stages of moving from fossil fuels to renewable energy.

Rising oil prices are accelerating that transition as well.

At the moment, crude prices are depressed thanks to a macro environment that is overly negative.

Worries about the trade war and a global economic slowdown have kept a lid on where crude prices trade.

That’s about to change.

While the trade war may persist, the global economy is about to come to life.

Easy money policies from central banks across the planet are resulting in lower interest rates. Those conditions will drive capital to other assets resulting in higher inflation.

The overwhelming myth of deflation is dominating story lines, but you shouldn’t believe it.

Inflation will make an appearance in the very near future. The odds favor higher oil prices, not lower, going forward.

And with higher oil prices, the solar sector will explode.

Thanks to the Money Morning Stock VQScore™ system, we’ve found the next solar stock to buy in 2019. This stock has the same potential as the 135% winner we gave you in March…

This Is the Best Solar Stock to Buy Immediately

The solar stock that currently has a 4.0 VQScore is JinkoSolar Holding Co. Ltd. (NYSE: JKS).

It’s actually incredible that JKS still has a top VQScore. After all, this stock is up 105% in 2019. But according to the VQScore, those gains are just the start.

Like SolarEdge, Jinko has exceeded profit estimates in each of the last two quarters.

In the most recent quarter, Jinko reported a profit of $0.71 per share, beating estimates by a very impressive $0.45 per share.

The big difference, however, is that JinkoSolar is based in China.

Given the trade war becoming more volatile in 2019, investors have been penalizing any stock associated with the dispute. Since June, JKS has actually pulled back more than 15%.

That broad brush reaction makes no sense and ignores fundamentals.

Of course, the VQScore does not ignore fundamentals.

At current prices, shares of Jinko trade for a paltry six times the 2019’s estimated earnings.

Analysts expect the company to grow profits by 8% in the next year.

Anytime I find a stock that trades for a multiple of profits less than its growth rate, I want to pounce.

Given that Jinko exceeded expectations by more than double last quarter, the gap between the profit rate and the valuation multiple will likely be larger in the future.

Certainly, the macro environment in the coming year will be conducive to another earnings beat.

Higher oil prices will spur further expansion of the solar network around the globe. Jinko is uniquely positioned to benefit from such a growth in solar sales.

When Neil Patel launched the Angels & Entrepreneurs Summit, he had only planned to invite a small group of guests to join him and guest “Shark” Robert Herjavec… but then Neil revealed something truly shocking.