But the real story isn’t his visit. It’s Saudi Arabia’s need for $100-a-barrel oil prices. Fortunately, we’ve uncovered what they’re really up to…

Mohammad Bin Salman (MbS for short) is the young, reform-minded Saudi prince shaking up Saudi Arabia’s rigid government. He’s also the mastermind behind the Aramco IPO and a $2 trillion plan to revitalize the Saudi economy. 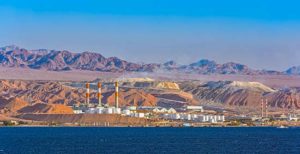 And the Aramco IPO has Wall Street in a fever pitch…

In fact, it boasts valuations of up to $2 trillion, which would mean even a 5% IPO would be the largest ever – four times bigger than Alibaba Group Holding Ltd.’s (NYSE: BABA) $25 billion record-breaker.

Everybody already wants a slice of the action on this historic IPO, especially Wall Street banks eager to rake in fees on the deal. That explains the headlines and fawning coverage.

But there’s a catch…

The problem is, Saudi’s oil is only worth what the market will pay. That means the $2 trillion Aramco valuation is likely outdated, since oil prices plummeted from nearly $120 a barrel in 2014 down to just $28 in 2016.

Brent crude oil prices have rallied back to just under $70 a barrel, but it’s probably not enough to justify the astounding $2 trillion valuation.

And Saudi Arabia needs that to change…

All of this confirms what Money Morning Global Energy Strategist Dr. Kent Moors believes is an ambitious, but strategic, ploy to get oil prices back to at least $100.

It’s all part of a lucrative agenda: It’s to pave the way for a successful debut of the biggest IPO the world has ever known.

But that’s just the tip of the iceberg…

Dr. Moors has detailed a counter strategy to help regular Americans compete with the fat cats and bigwigs vying for ownership of this $2 trillion company.

He’s cleverly orchestrated a simple backdoor way to potentially grab a piece of this historic windfall before the IPO even happens… and you don’t even need to be an accredited investor or use options.

We’re talking about a chance to end up with a life-changing, combined 1,329% payday over four plays.

Click here to learn how to profit from this epic event.

← Here’s What This Marijuana Insider Just Told Us About Cannabis, Banking, and Blockchain
Solar Energy Will Be the Biggest Winner of the Aramco IPO →