Anheuser-Busch InBev (NYSE: BUD) dropped what would have been the biggest initial public offering (IPO) of 2019 last Friday.

But don’t be fooled – even though the $9.8 billion IPO on the Hong Kong exchange fell through, AB InBev stock is still a major breakout candidate.

The company blamed “prevailing market conditions” for the suspension of its bid to list on the Hong Kong Stock Exchange (HKE) – which was even greater than Uber’s $8.1 billion in May.

The Hong Kong IPO was supposed to fuel expansion in China with its Asian subsidiary, Budweiser Brewing Co. APAC Ltd. 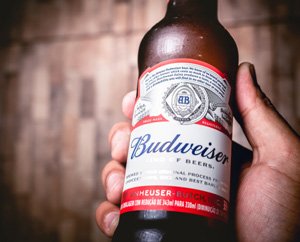 But potential demand for IPO shares was weaker than predicted, so AB cut the IPO price. Some investors threatened to pull out as a result, and AB called it off to avoid a backfire.

AB executives saw the millions of drinkers they serve in China and believed an IPO would reinforce growth. And considering this IPO would bring HKE significantly closer to leading the worldwide IPO market, company bankers agreed it made sense.

This, and the AB stock‘s success on the New York Stock Exchange, led it to push its high target up from $6 billion to $10 billion before the IPO date.

So it appears AB InBev may have overestimated institutional demand in Hong Kong and demand for Budweiser in China.

It was too little, too late when it offered to price shares at the lower end of the HK$40 to HK$47 range. Funds were threatening to pull out hours before the IPO, and Anheuser-Bush InBev was forced to call it off.

You Have to See This to Believe It: America’s favorite “shark” debuts the Angels & Entrepreneurs Summit. Watch now…

An immediate 3% drop in AB InBev stock followed the announcement.

And from reading the above, most would think Budweiser was running off with a tail between its legs.

But on Monday, BUD stock started rising again. In fact, it recovered completely… and more.

Those sound like meager gains, but when you consider the AB InBev stock is up 32% since the start of 2019 – beating the S&P 500 – you start to get a different story…

And when you see analysts projecting 16.5% more growth for the year, for total growth of 48.5%, you get a little more hopeful…

But when you see the ace BUD has up its sleeve… you become a full-fledged optimist.

You see, there are two ways to look at a failed IPO. One is that the company overestimated institutional demand.

“Option B” is that institutional investors are underestimating the company.

Today, we’ll show you why the answer is option B – and why that means a big opportunity for you.

It’s not just the analyst projections of 70% gains this year, and it’s not just the perfect Money Morning Stock VQScore™ of 4.15 telling us BUD is poised for breakout gains.

But a recent investment could still take the company sky-high in the coming years.

The move was supported by figures suggesting alcohol consumption and smoking where on the decline. Last year, the World Health Organization (WHO) said the number of people consuming alcohol had shrunk by 5% since the year 2000.

It’s also supported by the fact that Canada legalized weed on a federal level in 2018.

And though the AB InBev-Tilray partnership is meant for Canada, it’s only a matter of time before the United States adopts the same trend. Eleven states, along with Washington, D.C., have legalized recreational marijuana today. Seven have decriminalized it in the last two years.

A study done by Gallup said 64% of Americans favored legalization in 2018.

The cannabidiol (CBD) industry (cannabis’ non-hallucinogenic cousin hemp) is another target for AB and Tilray to infuse beverages.

You can see it riding the wave before your very eyes. Anheuser-Busch stock sells for $88.73 right now, but it’s projected to break $113 by the end of the year. That’s a nearly 70% gain.

With this company’s top VQScore, cash on hand, and catalysts on the way, expect it to soar in no time.

Anyone Can Become an Angel Investor with as Little as $50

Angel investing used to be off limits to the average American… but Shark Tank’s Robert Herjavec said it best during this live broadcast: “The walls have finally come down. You no longer have to be rich, famous, or powerful to become an angel investor!”

Congress has now made it possible for you to take advantage of these life-changing deals.