Nickel is running out, and nickel prices are running up.

That’s because nickel happens to be the primary metal behind electric vehicle (EV) batteries and other emerging technologies. And we’ve got some nickel stocks lined up to help you cash in on it.

Experts are saying that lithium-ion batteries will see their composition change considerably in the near future, as they start to favor nickel over cobalt, vanadium, and even lithium itself. 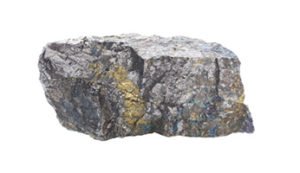 In fact, today’s Li-ion batteries use so little lithium that Elon Musk, the famous Tesla CEO, said their batteries should instead be called nickel-graphite “because primarily the cathode is nickel and the anode side is graphite with silicon oxide… [there’s] a little bit of lithium in there, but it’s like the salt on the salad.”

Nickel is already vital to Li-ion batteries, but it’s likely to become even more so with the swift adoption of electric vehicles and renewable energy over the next eight years.

And investors can turn a tidy profit thanks to rising nickel prices and the nickel miners who produce the metal.

Why Nickel Prices Are Going to Skyrocket

Until just a few years ago, the biggest nickel market was stainless steel manufacturing, which accounted for 80% of global nickel output.

Nickel has been a part of nickel cadmium (NiCd) batteries for decades, and it’s been used in nickel metal hydride (NiMH) batteries since the 1980s.

The original version of the Toyota Prius in the 1990s brought the first major of use NiMH batteries in vehicles.

This $6 Stock could make you billions. But when the tech moguls find it, you may never see these shares at this price again… Click here to act before it potentially takes off.

Thanks to its unique properties, this metal helps provide higher energy density, with more storage capacity, at lesser cost.

And thanks to the adoption of new technologies, demand for nickel is about to explode over the next few years.

The Nickel Institute expects that Li-ion batteries containing nickel will grow from 39% to 58% of the total between 2016 and 2025.

Two of the most common types of batteries right now are the Nickel Cobalt Aluminum (NCA), which uses 80% nickel, and Nickel Manganese Cobalt (NMC), which is 33% nickel. But newer versions of the NMC battery are now closing in on 80% nickel.

But the EV industry is expected to generate the most demand for these.

McKinsey EV Battery Materials Research Group said there were approximately 3 million EVs produced in 2017. By 2025, they forecast 31 million EVs will be manufactured annually.

The implication for batteries is massive, as demand should leap tenfold from 2017 levels.

The reason nickel is so important in EV batteries is that it provides longer driving range before recharging, and that helps attract even more buyers to this car segment.

But it’s not just EVs. It’s also rapid adoption of wind and solar energy, because these sources require powerful batteries to store the energy.

According to the Nickel Institute, wind and solar represent more than 50% of all new generating capacity in the United States over the past three years. Asia and Europe are also plowing billions into these energy technologies.

But wind and solar have downsides. Sometimes the wind lacks strength or is absent, and nighttime doesn’t generate solar power. So batteries that are good at storing this energy to release it in those times are becoming integral to modern electrical infrastructure.

Adding pressure to nickel supply is Indonesia, a large provider of Nickel Pig Iron (NPI). Indonesia and other nations that produce NPI have a love-hate relationship with it. While it provides needed jobs and exports, NPI needs no processing, meaning it has little added value.

As a result, Indonesia is planning to ban NPI exports by 2022. But there’s a risk it could come earlier. And that’s why the price of nickel is headed upward.

All of this is combining to make nickel the go-to metal for the decade ahead and beyond.

The Nickel Stocks to Buy

For nickel exposure, start with Royal Nickel Corp. (OTCMTKS: RNKLF). Over the last few years, RNC has successfully transformed itself into a gold explorer/producer.

Keep in mind, there may be some hoops for American traders to jump through, since this only trades on the Toronto Stock Exchange. But with nickel on the rise as it is, it could be well worth it.

RNC owns and operates the Beta Hunt mine in Western Australia. In September 2018, RNC discovered the Father’s Day Vein, whose gold specimens are believed to be among the largest ever discovered. So far, this vein has produced more than 25,000 ounces of gold worth over $40 million. Then in June this year, another high-grade coarse gold discovery was made below the Father’s Day Vein. Beta Hunt now boasts 944,000 ounces of Measured and Indicated gold, and its production is ramping up.

Management recently completed its acquisition of the Higginsville Gold Operation to benefit from its gold mill to treat ore from the Beta Hunt mine, as well as its own 1.9 million ounces of gold resources.

Less known is RNC’s 28% stake in the Dumont Nickel-Cobalt project in Quebec, Canada. Dumont is the second largest nickel reserve in the world. An updated feasibility study shows the project would produce 2.6 billion pounds of nickel in concentrate over 30 years at an all-in sustaining cost of $3.80/lb. nickel.

The project has an after-tax net present value (8% discount rate) of $920 million and is fully permitted and construction-ready. RNC’s share of this project is roughly equal to its current market cap.

By all accounts, RNC is not getting much credit for Dumont right now. But with nickel prices strong and rising, that could change quickly as the market realizes its true value.

This next one is an even better option, since it trades over the counter.

Norilsk is a Russia-based, $36 billion diversified mining company that also happens to be the No. 2 nickel miner, with the largest nickel reserves on the planet. What’s more, it is also the world’s lowest-cost nickel producer, boasting the largest nickel sulfide deposit anywhere.

Palladium, nickel, and copper represent the bulk of Norilsk’s output, with nickel at 25% of the total.

With profit margins over 35% and a P/E of just 8.6, accompanied by a generous dividend yield of 10.7%, Norilsk is worth allocating some capital.

This leading authority in tech startups has been behind some of the biggest IPO breakouts in history.

He was behind the scenes of Intel, Bitcoin, Twitter, Lyft, and much more…

And now he’s found the “breakthrough of the century” – a tech advancement that could mint the world’s first trillionaire.

There’s still time for you to lock in a ground-floor opportunity before this $6 stock takes off.