Gold prices took a hit last week, giving back most of the previous week’s gains, but that was only a temporary pullback.

After the best week in nearly two years, the price of gold took a hit after a small relief rally in the U.S. dollar.

But the dollar’s strength won’t last much longer. 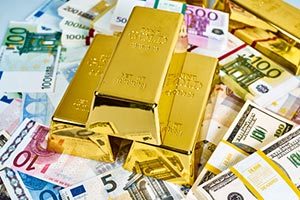 The dollar is likely still in the midst of a longer-term bear market, and bouts of strength tend to be short-lived.

In fact, this past week’s dollar rally may have more to do with seasonal money flows than any real fundamental strength.

You see, March 31 marked the close of the first quarter and the beginning of the Easter holiday weekend. Traders and fund managers may be taking advantage of the lull in trading as the quarter turns over to “window dress” and rebalance their accounts.

But growing U.S. deficits combined with higher rates overseas are likely to continue to draw investors away from the greenback and into other currencies.

Even more importantly, seasonal gold prices show the metal tends to put in an interim bottom at the end of March before kicking off a strong rally into the end of May.

I’ll show you my latest gold price target based on this seasonal trend in a bit, but let’s first recap last week’s gold price action…

On Wednesday (March 28), gold suffered the most damage. The dollar rallied after stocks moved sideways on the day. The DXY rose from 89.5 in the early morning to 90.10 by 2:00 p.m. It was up over 100 points from early Tuesday morning. Gold opened weak at $1,336, then sold off further on the dollar’s strength to close at a battered $1,324.

Take a look at the dollar’s rally on Wednesday… 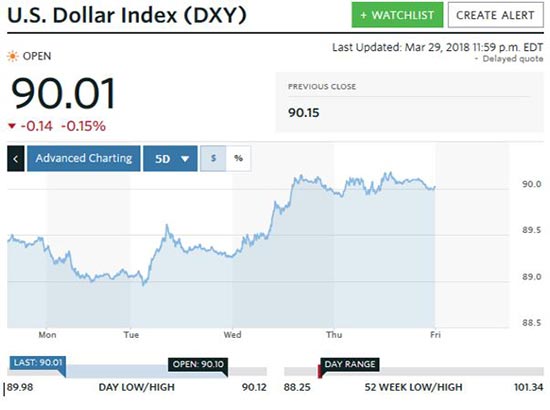 Then, on Thursday (March 30), some intriguing action took place heading into the Easter weekend. Even as the DXY maintained its strength above 90 and stocks showed strong gains on the day, gold stocks bounced back even as gold stayed weak after Wednesday’s action.

That’s a strong bullish indicator for gold prices this week. Here’s my gold price prediction for the first half of the year…

The dollar’s recent bout of strength could see some follow-through, but I still think it’s going to run into heavy resistance.

Since mid-January, the DXY has been unable to break above 90.50 despite several attempts.  And given the DXY’s most recent action, it looks like the declining 50-day moving average is acting as somewhat of an upper limit. 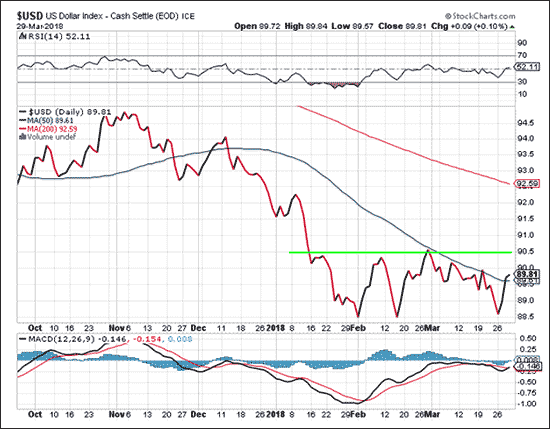 With possibly limited dollar upside from here and the start of what has typically been seasonal strength for the next two months, gold could see a good run over the next several weeks.

Gold itself had a tough week, but it is still managing to consolidate higher in a range between $1,310 and $1,360. 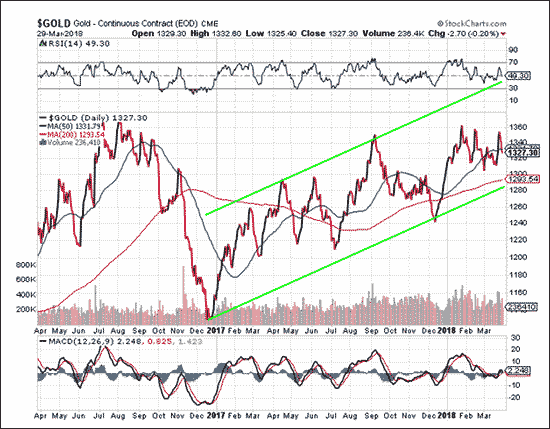 And gold stocks, despite having gone nearly nowhere since mid-December, have recently shown significant upside, even on days gold doesn’t gain. That’s a sign that traders are bullish on gold.

I think we could see gold’s upper resistance, around $1,365, finally taken out by the start of summer, which means a target of $1,400 is within reach by the end of the second quarter.