Gold prices have mostly moved sideways over the last few weeks thanks to the dollar. But the technical indicators I’m watching show that the price of gold is nearing a breakout point…

A peak in the U.S. Dollar Index (DXY), which may still only be short-lived, allowed gold to show a reasonable gain in the last week. 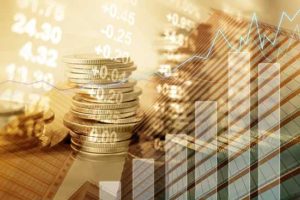 Tame, just-released inflation numbers weighed on the dollar, as the market saw this to mean the U.S. Federal Reserve may not need to raise rates as aggressively as expected. That provided the fuel for gold to gain nearly $10 per ounce last week.

Even though gold gave up those gains today (May 14), the big picture for the yellow metal remains bullish.

Since mid-2016, gold’s two-year moving average has been heading noticeably higher, and the gold price has spent nearly all of its time above that level.

So even if sentiment remains weak and gold “feels” like it’s going nowhere, the reality is, in fact, a lot more encouraging.

I’ll show you my latest gold price prediction, so you can see exactly how high gold prices will rise, right after I recap last week’s gold price action…

The Price of Gold Benefited from a Weak Dollar

In the first part of last week, gold’s challenges were a strengthening dollar and higher stock prices. But in the second half of the week, gold was able to turn around thanks to new dollar weakness, even as stocks powered higher.

The DXY would peak near 93.40 on Wednesday (May 9) in the early morning, causing gold to test even lower, this time touching $1,304. But from there, the dollar began its trend lower for the rest of the week.

Take a look at the dollar’s slide beginning on Thursday… 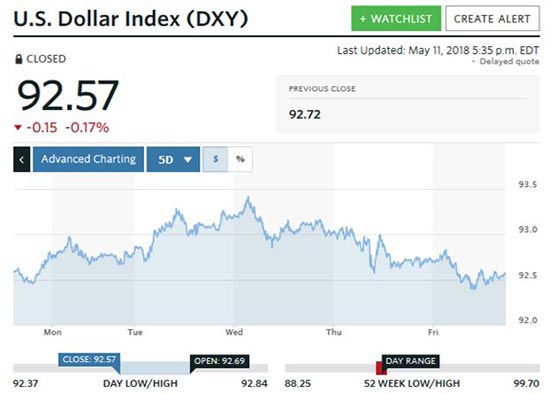 Extended dollar weakness on Thursday and Friday (May 11) helped gold close at $1,321 on Thursday, then push to $1,325 by early Friday. But some profit-taking dominated gold markets, and the yellow metal would sell off to end the week at $1,318.

But last week’s gold price movement pushed the metal deceptively higher, and new catalysts will fuel it to my latest gold price target in 2018…

My Gold Price Prediction Shows How High the Metal Can Go

The DXY hit what looks like (at least) an interim peak on early Wednesday, at 93.40. That made for a relentless, powerful climb of a massive 400 basis points, or near 4.5%, in less than a month.

But you can see how both the RSI and MACD momentum indicators have also just peaked. If this turns out to be a temporary correction, then watch for the DXY to possibly bounce at the 200-day moving average, near 91.84. 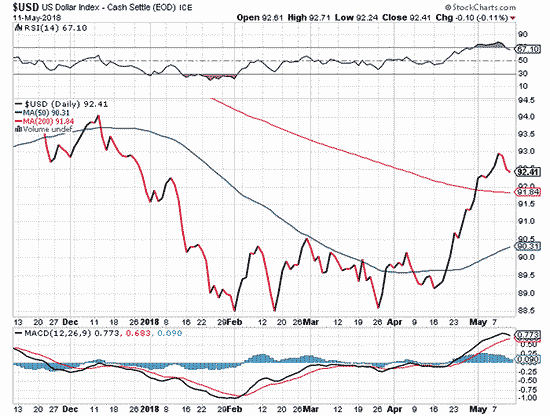 If the DXY crosses below in a significant way, then this correction is likely to gain steam. If, instead, that line holds as support, the DXY may head higher.

But gold could still strengthen. We’re also still in a seasonally bullish period until at least early June, so there may be a positive surprise left.

You can see that gold bounced at its 200-day moving average, around $1,306, in the chart below, and both the RSI and MACD have just turned higher, as well. 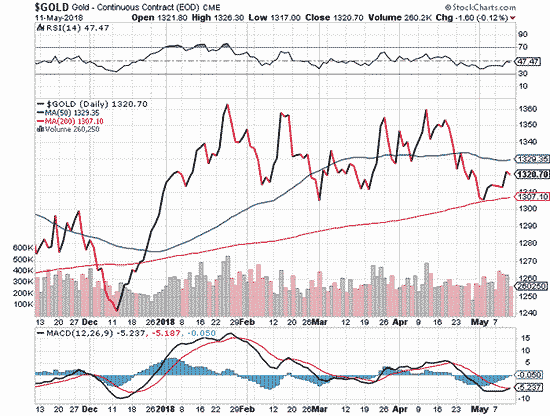 Consider, too, that the recent Commitments of Traders reports show commercial traders (smart money) have dramatically reduced their short gold positions, suggesting they too are looking for rising gold prices.

And the gold-stocks-to-gold ratio has also remained healthy, even through gold’s correction, starting in late April. 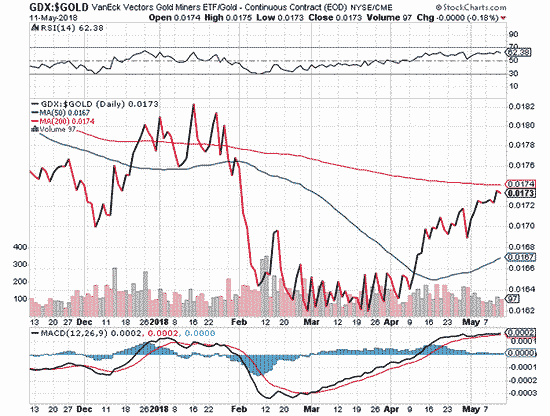 Once again, this gold stocks strength bodes well for gold itself, perhaps leading the metal higher.

The World Gold Council said that gold-backed exchange-traded funds had the strongest inflows last month in over a year, up by 72.2 tonnes to 2,481 tonnes in April.

And with the United States pulling out of the Iran nuclear deal, American sanctions could cause Iranians to convert U.S. dollars to gold, perhaps boosting the metal’s demand and price for some time.

Once we see gold push through $1,360, I think it will easily breach $1,375. From there, $1,400 will only be a small step in price but a big psychological threshold, perhaps to be reached this summer.

We’re Ushering In a Brand-New Era of Moneymaking (Are You In or Out?)

A new age of easy money has arrived. And in today’s chaotic market, this could be the perfect way to collect enormous profits, each and every week.

You could collect THOUSANDS of dollars from the markets just by pressing a single button on your computer – without touching a single stock (or stock option).

For a limited time, we’re revealing all the details with Money Morning readers. Find out more here.