Two weeks ago, I wrote to tell you that, just halfway through the month of April, pot stock investors were benefitting from several powerful profit catalysts.

Any one of these would be great news for the sector, but there were three in play, all working to power weed stocks higher.

To be honest, things were looking so good, I didn’t think the action could get much better…

But it sure did.

As if on cue, here in the last half of the month, some exciting, bullish new developments have come together to bring us even bigger gains.

Now that California’s mammoth $3.75 billion legal weed market is up and running, most of the cannabis cognoscenti have been watching Canada. 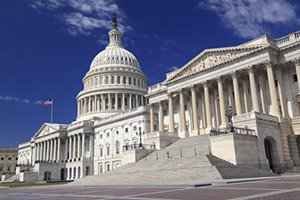 And for good reason.

Even without recreational marijuana in Canada or California, North American legal marijuana sales soared 33% last year, to $9.7 billion. And marijuana research firm ArcView expects that trend to continue at a compound annual growth rate of 28% through 2021, when there could be $25 billion or more in North American sales.

But now, that attention is swinging back in America’s direction.

That’s because, on April 13, we learned that U.S. President Donald Trump and U.S. Sen. Cory Gardner (R-CO) have come to an agreement to end federal-level crackdowns on marijuana in states that have legalized it.

Gardner, whose state is a legal marijuana pioneer, says he sat down with Trump for a conversation about the state of the federal government’s approach to legal cannabis.

The senator had been miffed since early January, when U.S. Attorney General Jeff Sessions, a marijuana dinosaur, rescinded a portion of the Cole Memo, the executive branch-level ruling that had shielded legalized states from federal scrutiny. Sessions’ move left federal prosecutors free to once again go after cannabis operations in legalized states.

In response, Gardner started refusing to allow U.S. Department of Justice nominees to pass through the U.S. Senate.

But Gardner’s agreement with Trump changes all that. 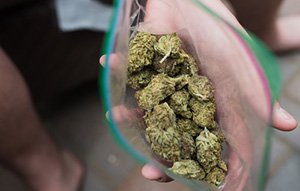 Gardner says the president has agreed to support federal legislation to allow states to regulate cannabis without fear of federal interference – and the White House has confirmed that. In return, Gardner will now allow Justice’s nominees to go through again.

The bellwether Horizons Medical Marijuana Life Sciences ETF (TSE: HMMJ) rose 9.2% from its low on April 13 following Gardner’s statement – and is still 4.6% higher as of this writing.

My paid-up Nova-X Report readers who are following along with our Roadmap to Marijuana Millions weed recommendations cleaned up, too. Several of those picks responded immediately, with peak gains of 52.5%, 26.5%, and 9% in the aftermath. They’re still up comfortably in the mid double-digits.

FORGET JEFF SESSIONS: There’s nothing he can do to stop these $5 shares from taking off. Details…

As I’ve said, the embrace of legal cannabis from major public figures, like former U.S. House Speaker John Boehner, is big for the industry.

That’s because institutional investors, hedge funds, money managers, and other mainstream big-money players need that stability before they can jump in on this opportunity to tap a brand-new marketplace.

They realize that, despite legalized cannabis in dozens of states, it’s still federally prohibited. The situation brings in a level of uncertainty to business operations that dampens enthusiasm.

Red, White, and Blue and Green All Over 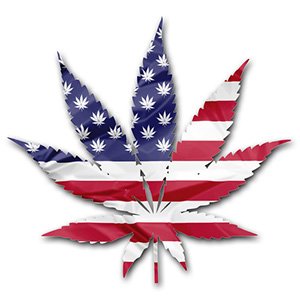 Just take a look at what’s happened since news of the Gardner-Trump agreement surfaced.

Trump ally and longtime marijuana legalization proponent U.S. Rep. Dana Rohrabacher (R-CA) introduced a new bill – the Cannabis States’ Rights Act – that he says would enshrine “restraint on federal enforcement.” The bill would also loosen restrictions on conducting scientific research into the medicinal effects of cannabis; I can’t overstate the importance of such a step for not only legal cannabis, but biotech, as well.

“Now there should be no question in Attorney General Sessions’ mind about the president’s intention,” Rohrabacher said in a statement. “This is a fundamental issue of federalism and freedom, as state after state moves to take marijuana out of the hands of the cartels and place it in a competitive market where consumers can be assured of product safety.”

Now, these are all great ideas. And happily for us, federal marijuana reform is one of few areas in 2018 where folks on both sides of the aisle work together; these efforts enjoy broad bipartisan support.

Nevertheless, getting anything passed in this Congress is going to be a challenge.

But… a flipped U.S. House of Representatives later this year could turn things around.

If that happens, the investment floodgates are going to open up.

It’ll probably make our retrograde attorney general hopping mad, but there’s really nothing on Earth he can do to stop these small cannabis companies from hitting the stratosphere. Sessions could be furious, but folks who park a few hundred dollars into these “north of the border” firms could potentially turn a small stake into $100,000 – and fast. Michael Robinson has the details for you – click here to hear what he’s got to say…