This might seem like a typical acquisition where a larger company scales its output by buying a smaller competitor. This is a much different move… 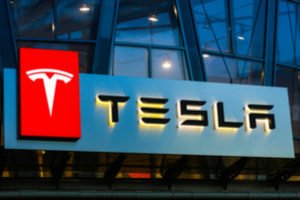 Following the news, investors ate up Maxwell stock, adding as much as 50% to the company’s market value in the first hour of Monday’s trading.

Investors are clearly expecting Tesla to pay a big premium on the shares, but Tesla investors are going to be the real winners.

You see, Tesla’s Maxwell acquisition is the latest move in an effort to put Tesla on the forefront of an energy revolution that will change the way we consume electricity.

And it could make Tesla shareholders a killing in the process…

Tesla Is Paving the Way for an Energy Renaissance

Tesla’s acquisition of Maxwell took investors by surprise. Tesla’s been trying to cut costs and find a path to profitability. Spending $218 million on buying another company isn’t supposed to be part of the playbook, even if they paid for its stock.

But it makes sense when you realize Tesla isn’t a car company. While the rest of Wall Street is obsessing over whether Tesla can turn a profit on its Model 3 and new SUV, we see the big picture.

And it’s been working toward this goal for quite a while.

Four years ago, Tesla launched the Tesla Powerwall, a “rechargeable lithium ion battery with liquid thermal control” that can power homes for up to two days between charges.

In May 2016, Tesla began taking preorders for “solar tiles” – mini solar panels that could be installed as roof tiles on homes.

This was followed Tesla’s acquisition of one of Musk’s other ventures, Solar City, an industrial manufacturer that specializes in the production of solar energy devices.

Over the last two years, Tesla has used Solar City’s manufacturing base to increase production of the company’s solar panels and make large-scale distribution a reality.

The Maxwell acquisition is the logical next step for a company that’s dedicated to revolutionizing how people access and consume energy.

Here’s what I mean…

Maxwell produces the world’s most efficient ultra-capacitors. These batteries store energy electrostatically instead of in chemicals. Ultra-capacitors have an incredibly long life compared to other batteries, allowing for hundreds of more charges than your standard lithium battery. And the battery’s capacity and charge speed isn’t affected by the temperature.

More importantly, this type of battery can deliver an intense burst of energy on demand.

The media is focusing on how Tesla might use ultra-capacitors in their vehicles. There is certainly a use for them there, but Tesla’s vehicles are already known for their incredible acceleration. The Model S can launch from zero to 60 miles per hour in 3.2 seconds.

What the media is missing is how these ultra-capacitors can be used in Tesla’s home and industrial power projects.

Wall Street remains bearish on Tesla following a subpar earnings report last week. Even still, analysts are giving Tesla stock price targets as high as $530 a share, 73% higher than its current $306.69 a share. That could still be too conservative for what could be the leader of a global energy revolution.

This methodology has the potential to pinpoint winning stocks at a pace unheard of – or seen before in the public record – with 217 double- and triple-digit peak gains in the first five years of its release.

Imagine how wealthy you would be if you had four doubles or triples every 30 days.

← Should you Buy the Dip in Marijuana Stocks & ETF?
Why Is 18% of Marijuana’s Biggest ETF Invested in this 1 Pot Stock? →