The development and maturation of the Lightning Network is a watershed event destined to play a key role in driving Bitcoin prices to stratospheric heights. 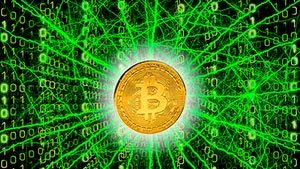 Related: This “Bitcoin Misery Index” Says Now Is a Great Time to Buy

In essence, Lightning creates a new “layer” on top of existing blockchains. It provides an almost limitless number of private payment channels outside of the blockchain.

For the most popular cryptocurrency, Bitcoin, this solves the scaling issues that have hampered adoption. A mature Lightning Network will allow Bitcoin to process thousands of transactions per second instead of about seven. It should also drop fees to fractions of a penny.

Confirmation times will shrink from 10 minutes to nearly instantaneous.

But Lightning isn’t just for Bitcoin. It’s also being tested with Litecoin. Other cryptocurrencies with plans to test or adopt Lightning technology include Ethereum, Zcash, Ripple, and Stellar.

All will get a major price boost from this technology.

The adoption of Lightning across multiple crypto platforms also has major implications. Because the Lightning protocol is open source and follows a universal standard, it makes conversion between different cryptocurrencies – so-called “atomic swaps” – possible.

The Layman’s Guide to the Lightning Network

First proposed in 2015, it took more than two years to get the Lightning technology to the beta-testing stage. And just last month, Lightning Labs released a beta version of the protocol that runs on Bitcoin’s “mainnet,” or live network, as opposed to its “testnet.”

But Lightning Labs is one of three startups doing the bulk of the work to develop Lightning technology (the others are Blockchain and ACINQ).

Critically, they’ve agreed to cooperate to ensure that Lightning has a single, open standard. No one owns it. That alone will encourage adoption by making it easy for other developers to contribute to the protocol or build on top of it.

Stunning: This Catalyst Will Be Like “Adding Twin Turbos to the Bitcoin Engine” – and Could Send Its Price to $100,000. Learn More…

At its core, Lightning is a network of payment channels between individual entities. Any two people can agree to open a Lightning channel, which must be funded with the underlying cryptocurrency. The amount of funds loaded in the channel sets the limit on how much crypto it can transfer.

A Lightning transaction is essentially a contract between the two people involved. Because it takes place off the blockchain, it doesn’t need to wait for confirmation from the miners on the network. That’s how it can execute instantly.

Eventually, each channel closes and transmits its status to the blockchain, where it does get confirmed. But a channel can conduct dozens, hundreds, or thousands of transactions before it closes.

By itself, a Lightning channel is just a one-to-one transfer between two people. But its power comes from networking them together. That makes it possible to transfer money to a person with whom you have no direct connection.

To transfer amounts greater than the channel can handle, the user can split the transaction among multiple channels. The more channels, the more useful the network becomes.

Those numerous payment channels increase the network capacity from just a handful per second to thousands.

And these transaction aren’t only fast; they’re also secure…

A Lightning Network transaction is made secure by something called “onion routing.” The originating node works out the best route to the destination node and then encrypts it in layers.

Each layer is customized for one of the nodes along the way. These intervening nodes can only decode enough information to send the transaction to the next node on the path. They can’t decode which node originally sent it, the ultimate destination, or the amount.

For Bitcoin, using the Lightning Network introduces an additional layer of privacy that makes payments virtually impossible to trace.

To get an idea of why this is such a big deal for Bitcoin and other cryptocurrencies, consider the impact of the Mosaic web browser…

As a revolutionary technology, Bitcoin has often been compared to the Internet. And it’s clear that Internet use did not take off until the arrival of one “killer app” in particular – Mosaic.

Before Mosaic was released in 1993, the Internet was relatively small. A few crude web browsers existed but were clunky. Only 130 websites existed in the entire world.

But Mosaic (and Netscape, a year later) changed that by making web browsing accessible to the average computer user. By 1995, there were 23,500 websites. By 1997, there were more than 1 million.

The web browser unleashed the vast profit potential of the Internet. That’s what the Lightning Network is about to do for cryptocurrencies.

“The fact that payments are instantly cleared has far-reaching consequences,” Bitcoin Core developer Nicolas Dorier told The Next Web. “It might take a bit of time before it matures, but Lightning is not just a marginal improvement over what Bitcoin is already doing. It unlocks new things that will be now possible and were not possible before.”

Once the Lightning Network is well-established, it opens a lot of doors.

The near-zero fees and instant execution make Lightning ideal both for micropayments and as a backbone for the Internet of Things (IoT).

A micropayment is a tiny fee – a fraction of a penny – a consumer can use to pay for an online activity such as reading an article on a news site. It would replace monthly or annual subscription fees, allowing customers to pay only for the content they consume.

The Internet of Things is a large-scale system in which smart devices connect and “talk” to each other over the Internet. An example would be smart cars that use IoT data to find the most efficient way to navigate around traffic.

And those are just the two most obvious use cases. Proponents of Lightning technology believe much more is possible, including a lot of things no one has thought of yet.

“What I hope to see, and am optimistic to see, is a Cambrian explosion of development of Lightning-based apps and other things that incorporate Lightning.” Ben Davenport, CTO at the blockchain security company BitGo, told CoinDesk.

Lightning Is Why These Bitcoin Price Predictions Make Sense

Bitcoin critics scoff at price predictions of $50,000, $100,000 and higher, because they claim cryptocurrency “has no value.”

But the many applications of Lightning technology will have tremendous economic value worth billions. Lightning will spawn a wave of cryptocurrency innovation akin to what has happened with the web.

And it’s not even the only source of Bitcoin value. Today, it’s also seen as a store of value, a “digital gold.” And the underlying blockchain technology, while only a peripheral part of Lightning, has multiple uses of its own.

This dynamic combination of catalysts is why Fundstrat Global Advisors co-founder Tom Lee has a 2018 Bitcoin price target of $25,000.

John Pfeffer, a London-based entrepreneur and investor who served as a partner at private equity firm Kohlberg Kravis Roberts for 11 years, thinks Bitcoin could reach $75,000 by the end of the year.

And Money Morning Defense and Tech Specialist Michael A. Robinson thinks the Lightning Network will push Bitcoin to $100,000.

His target is so high because he sees a catalyst in Lightning hardly anyone is talking about. Robinson believes this single event will launch “the biggest windfall-profit bonanza the digital currency world has ever seen.”