Now let me first say I know what happened to the price of silver over the last week. The precious metal is down 2%, and that’s after the Fed rate hike is finally out of the way.

I also know the U.S. Dollar Index (DXY) is up over that same time. In fact, it jumped some 150 basis points, driven by both the rate hike and weakness in the euro.

If you consider too that Trump’s trade wars may put pressure on the dollar, then we could begin to see weakness creep back into the DXY. 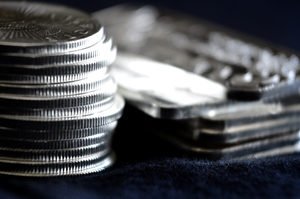 What’s more, one of my favorite silver-strength indicators has remained within its bullish trend, suggesting silver prices have much further to climb.

Before I show you my newest silver price forecast, here’s how the precious metal has been moving…

Why the Price of Silver Is Down This Week

The Fed’s 0.25% rate hike came in as expected on Wednesday, but Powell’s comments suggest a fourth rate hike this year could be in the cards. That underpinned the dollar’s renewed strength, aided by a weak euro. The euro slipped after the European central bank promised on Thursday there would be no rate hikes for at least a year.

So despite silver’s impressive gains early in the week that took the metal from $16.80 to $17.26, the Fed’s somewhat hawkish stance and the rebounding dollar were too much for silver prices to overcome, at least temporarily.

Here’s how silver and the DXY reacted to the Fed hike: 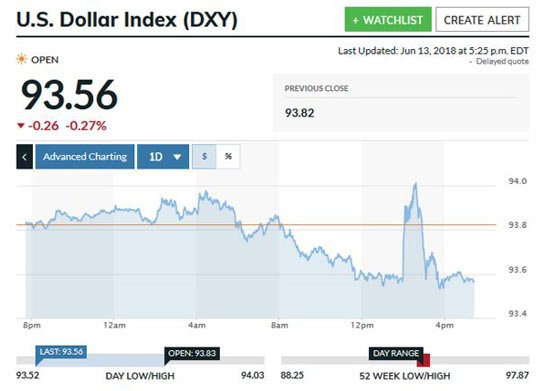 But since then, silver’s been digesting the bullish reaction by the dollar on Thursday: 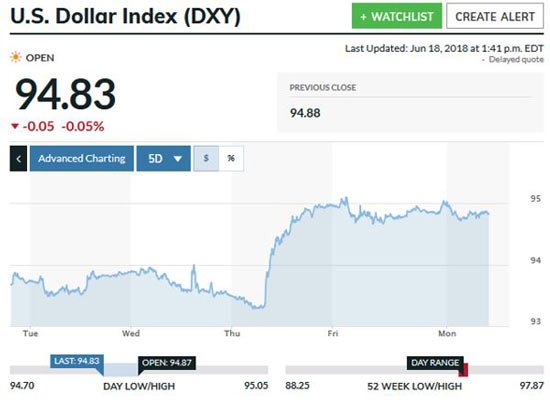 That dollar rally put what looks like a kibosh on silver’s recent strength.

So instinctively you may be thinking this big reversal in silver is a bad sign. And I wouldn’t blame you.

But I’m going to show you why I think it’s actually the opposite. 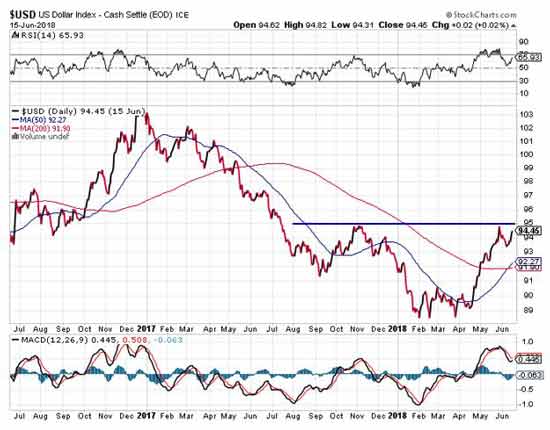 It’s true that the dollar has gotten stronger, but the DXY peaked early last year at 103 and began a downtrend. For the past nine months, it has moved sideways between 88 and 95. I think that overhead resistance will hold.

And we’re right near there now. I think odds are the DXY will reverse once again if it approaches the 95 level. Or it could simply remain in its current 88 to 95 range for some time. But my view is that trade wars and Trump’s preference for a weaker dollar (for its export advantages) will have the upper hand and lead the dollar lower once again.

As for the silver price, its recent pop above $17 was a fake out. 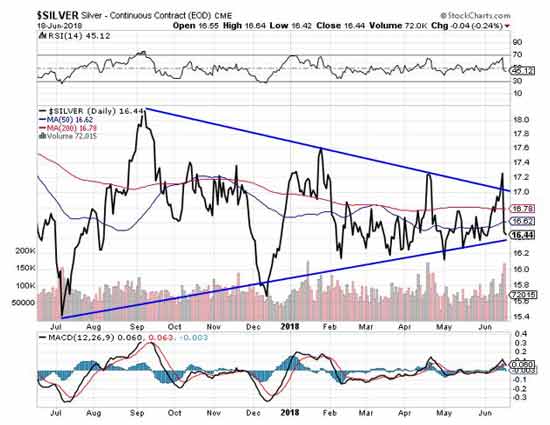 But the consolidating triangle pattern continues to narrow, and a decisive breakout becomes more likely.

I continue to think the bias will be to the upside.

And finally, the gold to silver ratio: 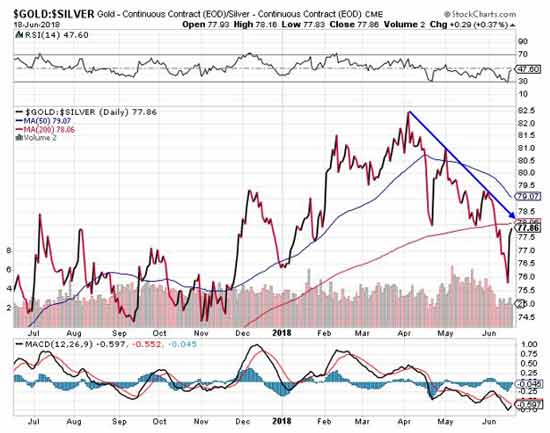 As I’ve said previously, the falling gold to silver ratio is bullish for higher silver prices. And even with the jump in the ratio of the last few days, it’s still in a clear downward trend.

Plus there’s this: gold’s sell-off of the last few days can easily be seen as bullish. The last two Fed rate hikes saw a distinct bottom established in gold. I believe the same just happened with gold testing down to $1,280.

If gold does bottom here and starts to rally, then I’d expect silver to do even better, especially with the improving gold to silver ratio.

With that in mind, I’d expect to see silver rapidly retake the $17.25 level in the next few weeks.

From there, we could easily see $18 by the end of summer and maybe even $20 by year’s end.

This Man Can Show You How to Make Money in ANY Market – Bull, Bear, or Sideways

This champion stock picker first gave his readers the chance at fortunes during a huge market crash – Black Monday, August 2011, when the United States’ credit rating was downgraded for the first time in history. Since then, his stock-picking method has brought his readers the chance at peak gains of 1,000%! And he’s had a nearly unstoppable track record ever since. Learn more about the secrets of his method by clicking here.