Last week, the New Jersey marijuana vote fell through, and legislators punted until the end of the year. But despite the negative outcome, we’re still encouraged by what we saw.

The defeat was a significant blow to legalization advocates who hoped to put the Garden State at the forefront of the nation’s legalization efforts – and create huge profits in the process. 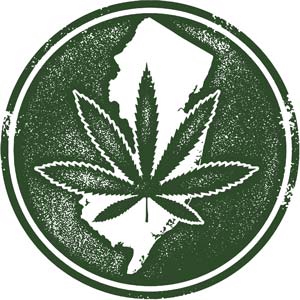 However, there’s a silver lining to legal marijuana‘s defeat in New Jersey. New Jersey’s legalization effort is the latest sign that the national marijuana movement is gaining real momentum.

More importantly, it means investors should be paying close attention to the emerging legal marijuana market.

Today, we’re going to show you what New Jersey’s latest showdown tells us about the future of the legal marijuana market.

New Jersey’s Marijuana Legalization Fallout Is No Roadblock to Profits

New Jersey’s months-long effort to legalize marijuana fell apart when state Democrats failed to secure the votes necessary to get the bill through the legislature.

However, we shouldn’t consider this a defeat by any stretch.

Not only is New Jersey’s governor, Phillip D. Murphy, fully behind the legalization effort (he even campaigned on it), but the state took the radical step of trying to legalize cannabis through the legislature.

That means last week’s botched vote won’t be the last time a bill to legalize recreation marijuana comes to the floor of the legislature.

That’s a sign Governor Murphy is unlikely to give up without a fight.

In fact, it’s likely that Murphy is going to be able to force the legislature’s hand due to developments in the state’s powerful northern neighbor, New York.

In comments to a local radio station, Cuomo said his administration will “get marijuana done – it’s not a question of political desire; it’s a question of practical reality.” With New York gunning to legalize marijuana as soon as the summer, New Jersey is unlikely to stand idly by while New York takes the lion’s share of profits.

However, what happens with legalization down the road in New Jersey is small compared to the real takeaway from last week’s vote…

Why This Cannabis Legalization Vote Was Different

You see, last week’s vote was only the second time in recent history a bill to legalize recreational marijuana made it to the floor of a state legislature.

Prior to last week’s vote, nine of the 10 states that have legalized recreational marijuana did so though public ballot initiatives – the decision was left to the voters rather than state legislatures.

Vermont is the only state to have legalized weed on the state house floor.

Legalization has come through ballot initiatives because politicians are afraid to take a stance on marijuana, despite its popularity. That’s changing in a hurry.

New Jersey’s consideration for legalization in the legislature rather than at the ballot box shows us that politicians across the country are beginning to take full marijuana legalization more seriously.

The bill has the backing of six other senators and is likely to direct the national conversation toward the full legalization of recreation marijuana.

In addition, all six of these senators backing the bill are running in the 2020 presidential election.

This all but ensures national recreational marijuana legalization will take center stage as primary season gets underway.

With marijuana legalization on the verge of dominating the national conversation, there’s never been a better time to invest in one of North America’s fastest-growing industries.

And if you’re wondering how quickly politicians can “see the light” on cannabis, just look at former House Speaker John Boehner…

Former Speaker of the House John Boehner – once the cannabis industry’s staunchest opponent – just revealed an UNCENSORED prediction about America’s most controversial, misunderstood, and what’s quickly becoming our most lucrative industry. If you missed seeing this historic announcement live, go here for a special rebroadcast.

← Which company was the winner in Q1, 2019 – Aurora Cannabis, Canopy Growth, or Tilray?
Which Company Sold the Most Marijuana Last Quarter? →