XRP prices have dropped 70% since the start of 2018, but more adoption of the crypto coin could help prices climb.

According to CCN.com, Ripple CEO Brad Garlinghouse expects dozens of banks to use XRP by the end of 2019 because of its superior transaction speed and low costs. 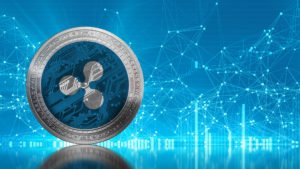 Recently, investor Craig Cobb, owner of TraderCobb.com, projected that XRP prices would reach $1.20 by the end of 2018.

Here is a recap of the top five cryptocurrencies by market cap as of 12:30 p.m. EDT.

Bitcoin prices have been very volatile in 2018, but a cryptocurrency guru has a bold Bitcoin price prediction.

Here’s everything you need to know about this bold price prediction.

The Top Cryptocurrency Stories for June 5, 2018

The Crypto Party Is Far from Over

Bitcoin is expected to undergo a massive upgrade – and it could kick off a price surge all the way to $100,000.

Money Morning Defense and Tech Specialist – and cryptocurrency expert – Michael Robinson has put together a special report on a unique strategy that could help you pocket one windfall after another not just on Bitcoin, but on all the cryptos he’s following now.

To get step-by-step instructions on how you could become the next crypto millionaire, click here now…