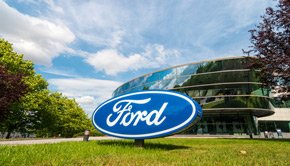 Back in September 2018, we told you about Toyota Motor Corp.’s (NYSE: TM) complete domination of patents on electric and hybrid vehicles. Since Money Morning recommended the company over Tesla, its share prices have jumped roughly 12% as it continues to lead the pack in the EV market.

Now, Ford’s buyout of Rivian is just another step in Ford’s already $11 billion investment in developing a lineup of EVs.

And the next company following this trend is an opportunity for retail investors to more than double their money.

But before we reveal this money-doubling stock, let’s dig into why the Ford/Rivian takeover is such a big deal.

What the Ford/Rivian Takeover Means for the Electric Vehicle Market

Ford already has EV versions of the Mustang and F-150 (which is the best-selling vehicle in the United States) in the works. The company’s investment in Rivian will only accelerate its efforts to create a diverse portfolio of EVs.

Rivian, founded in 2009 by RJ Scaringe, revealed its battery-powered SUV and truck at the Los Angeles Auto Show in November 2018. Since then, Amazon.com Inc. (NASDAQ: AMZN) has invested $700 million into the company to develop an electric delivery vehicle. What’s made Rivian such a compelling company is its vehicle’s skateboard-like platform that’s incredibly flexible for increased cargo space – something fleet owners desperately require.

This puts it in direct competition with electric vehicle giant Tesla. And while many investors see Tesla as the biggest name in EVs, Ford buying Rivian is yet another blow to Tesla’s EV supremacy.

Tesla may have had first-mover’s advantage, but the company is bleeding money. The competition is growing fiercer every day, and as companies like Ford double down on their investments into the EV market, it’s looking less likely that Tesla will win this war.

This is mostly because investors are banking on a dream when it comes to Tesla. Yes, since 2010, Tesla’s share prices have blown up 1,170%. The company even redefined what it meant to have an electric car – portraying them both as powerful and luxurious.

But investors have been dumping money into a company that has yet to make a profit. On the other hand, legacy manufacturers have developed into a very serious threat to Tesla. Companies like Ford and Toyota are continuously profitable – raking in billions every year.

Beyond that, Tesla vehicles only make up 1.4% of the U.S. car market while firms like General Motors Co. (NYSE: GM) account for 17.6%. That means Tesla has a long way to go before it can rival the larger automakers, and that’s a feat getting tougher every day as these legacy companies expand their EV offerings.

And now there’s another electric vehicle manufacturer taking advantage of the lucrative and growing EV trend.

Unlike Tesla, this company is profiting by the billions every quarter.

Analysts are projecting its stock will surge over 100% higher in the next 12 months.

They aren’t the only experts bullish on it, either.

This stock just earned a perfect score on our proprietary stock-ranking system, and it could be the nail in the coffin for Tesla’s EV reign…

Just like Ford and Toyota, investors easily overlook the company as a player in the EV marketplace. But it’s putting billions of dollars behind its efforts.

In mid-2018, Chrysler announced it was going after Tesla with its new EV plan. Chrysler’s latest EV lineup included a whole swath of EVs to make it out on the market by 2022 – with the company’s brand, Maserati, adding four electric vehicles to its lineup.

The company is also ramping up its efforts on electrifying its other two best-selling brands, Ram and Jeep – investing $4.5 billion into an assembly plant located in Detroit.

And it’s paying off.

Jeep will have at least four new plug-in hybrids within the next few years. And Alfa Romeo, another Chrysler brand, will release a hybrid plug-in supercar, the 8C.

The company is primarily focusing on electrifying its luxury vehicles first, but it’s doubling down on developing battery-based vehicles as well as a broad range of gas, diesel, and hybrid drivetrains too. Chrysler says every Jeep it builds will eventually have a hybrid plug-in as well as a full-electric option.

Plus, Chrysler is eyeing China’s massive auto market for its new EV offerings. China accounts for 50% of the entire EV market. And China’s cost-cutting and EV efficiency rule instated in 2017 provides manufacturers plenty of subsidies and incentives to build plug-in models.

The demand for EVs is only going to continue to increase. But with Chrysler’s extensive plan and its affordable existing electric vehicle, the Fiat 500e, the company will continue to spike in profitability.

Tesla may get all the hype, but legacy car manufacturers like Chrysler are leading the pack and will completely dominate the EV market. In fact, our Money Morning Stock VQScore™ system won’t even rank Tesla due to its lack of earnings.

On the other hand, Chrysler has a perfect VQScore of 4.75, marking it as one of the best buys retail investors can make right now with a great dividend yield of 5.29%.

And analysts also agree with our bullish predictions on Chrysler. Morningstar Equity Research projects shares of Chrysler will surge 106% higher over the next 12 months, rocketing from today’s price of $15.48 to nearly $32.

5G Could Mint a New Wave of MILLIONAIRES!

It’s the greatest tech shift in generations, and it can create untold wealth for investors.

If you ignored weed or crypto – DO NOT miss out again. This could be your LAST shot at early retirement.

Find out how you could capture a life-changing SIX-figure windfall from 5G right now.

← You Own the “Microsoft of Weed”; Now Grab This Small Powerhouse
3 High-Flying Pot Stocks to Buy →