A populist backlash against wealth inequality has been growing across the United States. From the Occupy Wall Street movement to the election of U.S. President Donald Trump, Americans are increasingly angry that the wealthy elite have gamed the system.

With that in mind, it’s no wonder that news that Amazon.com Inc. (NASDAQ: AMZN) – a corporation that earned $11.2 billion in profits in 2018 – paid $0 in taxes for the second straight year struck a giant chord with the public. 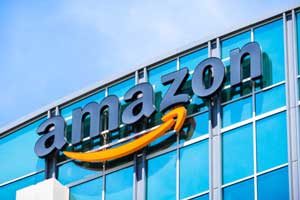 But before anyone passes judgement, we need to dig down to the facts.

And at first blush, it’s even worse than the news. Amazon actually got a $129 million federal tax rebate, dropping its net tax rate below zero. Buried in the fine print, Amazon’s tax disclosure claimed various unspecified “tax credits,” as well as a certain break for executive stock options.

According to the Institute on Taxation and Economic Policy (ITEP), Amazon was the beneficiary of the 2017 tax cut legislation that dropped corporate tax rates from 35% to 21%.

As with every corporation and individual taxpayer, the goal is to pay as little in taxes as possible. The tax code is so bloated and convoluted that there are loopholes galore, providing deductions and exemptions, losses and write-offs, and countless other paths toward legal tax avoidance.

Amazon is no stranger to fighting for lower taxes. From special tax breaks in Seattle to breaks in New York, where its attempt to build a second headquarters just fell through, Amazon’s mission is to provide service to its customers and pay as little as possible to Uncle Sam.

Part of the reason Amazon was able to grow from Jeff Bezos’ garage to becoming one of the biggest companies in the world was by avoiding state and local sales taxes. The resulting lower net price to the customer gave it a competitive advantage over brick-and-mortar stores.

A “Blueprint to Financial Freedom”: This guy used this secret to become a millionaire. Now he’s sharing it live on camera – and you could learn how to set up a series of $822… $1,190… $2,830 payouts every single week.

But just because Amazon is able to successfully play the system to limit its tax burden doesn’t mean it isn’t generating tax revenue.

From sales taxes in some states to job creation in its facilities and support for businesses that do pay taxes, there is public benefit to having Amazon around.

As usual, the scandal surrounding Amazon’s taxes is being drummed up by politicians who created the tax structure in the first place…

Why Washington Won’t Fix the Problem

There is anger over corporate governance that has spawned political pushback in Washington, D.C. And it is not new.

In 2010, General Electric Co. (NYSE: GE), which was still a blue-chip corporation at the time, did not pay federal taxes, and its overall rate at that time was actually negative. Then, in 2016, the company’s last year of profitability, it earned $10 billion but received a tax benefit of $400 million, again making its tax rate negative.

The public outrage was intense.

Politicians are tone deaf to all of this. They throw lavish incentives – such as taxpayer-funded facilities, income tax relief, and infrastructure – to attract businesses to their districts in the name of job creation. It’s just more of the same spend, spend, spend behavior that has plagued the government at all levels for years.

And now the same people who created the problem in the first place are trying to fix it.

Just look at the latest bill to ban stock buybacks. Senators Chuck Schumer and Bernie Sanders think companies are enriching themselves through stock buybacks. If they ban them, the companies will be forced to spend the extra money on their employees.

As Shah points out, most companies resort to share buybacks with excess profits after reinvesting in the company or paying dividends. Banning buybacks simply isn’t going to stop companies from doing what’s best for their shareholders.

“As policy, it’s a bad prescription – no way to run an economy,” according to Shah.

Washington is the source of the problem, and it’s the last place to get this job done.

Amazon – which exists to service its shareholders – is just taking advantage of what is offered. Any sane corporation – or individual – would do the same.

Of course, this isn’t the only thing politicians are screwing up.

Over 10 Million Employees at Risk of Losing Pension

In the next 30 days, seven U.S. funds will go broke and trigger the inception of the biggest financial crisis the world has ever seen… obliterating the retirement dreams of over 10 million hardworking Americans.

Your retirement could be in jeopardy. Here’s what you need to do now.

← The 3 Best Energy Stocks to Buy Before Oil Prices Soar in 2019
From Potash to Pot, Here’s the Latest Sign of Cannabis’s Profit Potential →