A good old-fashioned currency crisis is brewing, and it may be the catalyst gold prices need to return to bullish mode.

Turkey is mired in a currency crisis with international implications.

The Turkish lira dropped 15% against the U.S. dollar and is down 40% year to date. 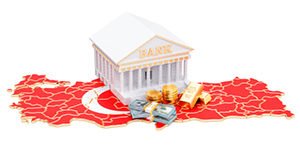 Recently re-elected President Erdogan is telling his citizens to sell their dollars, euros, and even gold to buy Turkish lira in an effort to help prop it up.

Lira weakness drove U.S. President Donald Trump to double U.S. tariffs on some Turkish goods, as a Turkish delegation in Washington discussed multiple issues of concern to both sides.

After re-testing a low near $1,200, the price of gold has bounced back as traders look for a fresh catalyst.

And the gold price action on Friday (Aug. 10) might have given them their answer.

Let’s take a look at what happened, and then I’ll show you my latest gold price prediction…

Gold’s start to last week was a rough one, as the U.S. Dollar Index (DXY) popped to 95.5 early Monday (Aug. 6) before backing down to about 95.35 through the afternoon.

But after testing its lower support of 95, the DXY climbed later in the day to close at 95.60. The U.S. Consumer Price Index rose only 0.2% in July, suggesting a lack of inflation momentum.

Then in the early Friday morning hours, gold prices dropped back again to $1,207 as the dollar index exploded from 95.6 to rise above 96. News of Turkey’s lira plunge and the risk of European contagion rocked markets globally. 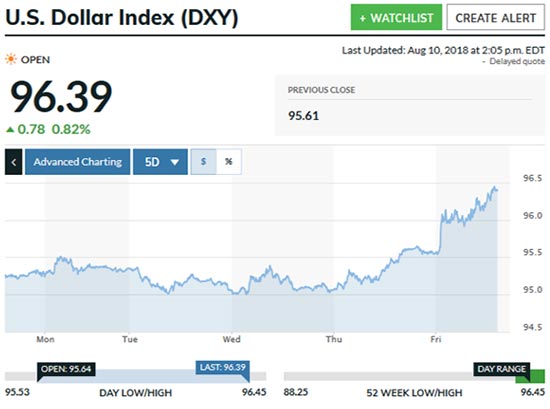 But then something impressive happened…

Gold’s resilience in the face of a rallying dollar suggests it’s starting to act once again as the safe haven it’s known to be.

My Gold Price Forecast as the Currency Crisis Heats Up

The dollar is climbing thanks to the currency crisis in Turkey and fears of contagion in Europe. That’s because Spanish, Italian, and French banks have significant exposure to Turkey.

Those concerns weighed on the euro, which sent the dollar soaring. 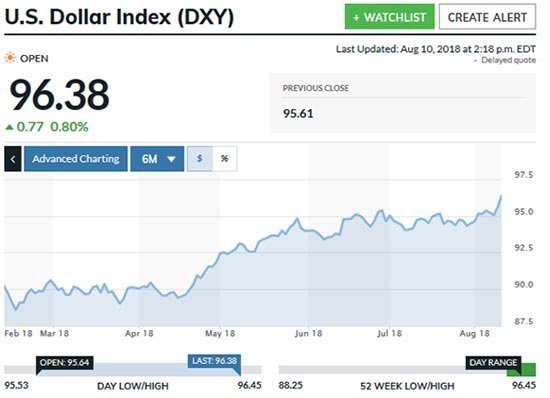 The key takeaway here is that despite the dollar exploding to the upside, gold did not tank, and instead held its own. That is impressive – and suggests it’s benefiting from at least some safe-haven buying.

What the dollar will do next is anybody’s guess. My view is this blip is likely to subside unless there’s a big meltdown in Turkey.

As for gold itself, it does seem to be stuck in a trading rut.

Last week, I pointed out how there has been divergence between the gold price and its momentum indicators.

That has continued this week, with the moving average convergence divergence and relative strength index (RSI) both continuing to trend higher while gold searches for a bottom.

I’ve outlined the divergence in the chart below… 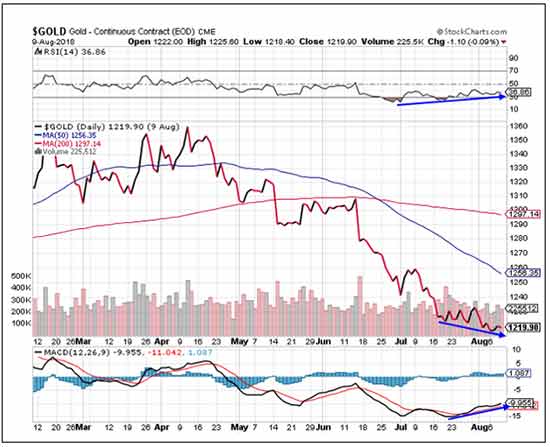 Meanwhile, gold stocks have dropped below long-term support. For the VanEck Vectors Gold Miners ETF (NYSE Arca: GDX), that level was $21 per share. 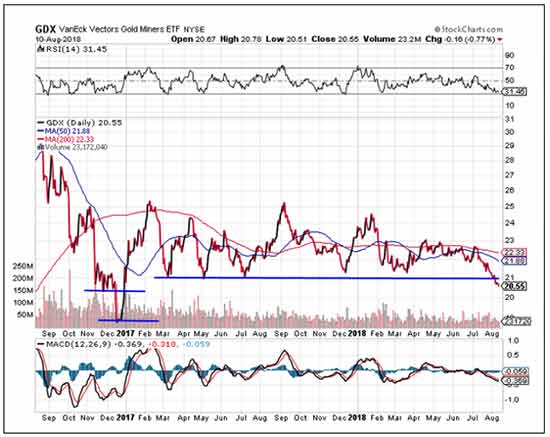 But notice that the RSI is down at 31.45. While not yet below 30, even the massive rally last December started around this level.

The gold-stocks-to-gold ratio has weakened lately as well. 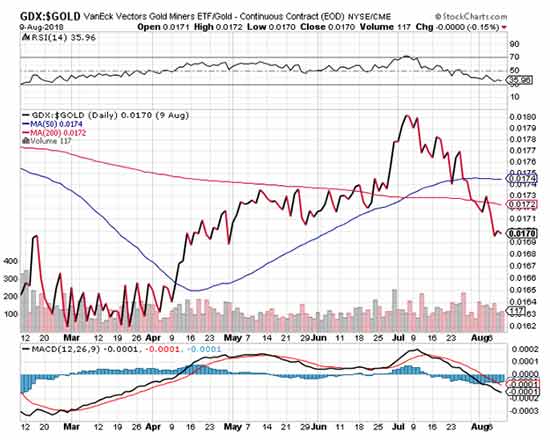 But it remains well above its April lows, just as gold was starting to sell off.

Gold stocks tend to lead the metal higher. And despite their recent weakness, their relative strength could be a sign the bottom in gold is near.

As gold has held up exceedingly well on Friday in the face of a simultaneous rally in the dollar, it looks like its safe-haven role may be coming back.

Perhaps the Turkish crisis will be the spark we’re waiting for.

If gold can bottom here and benefit further from renewed buying and even short covering, look for gold to target $1,225. A close above that level could quickly bring it to $1,233, then $1,245.

I have said several times that we could at some point see both gold and the dollar rise in tandem. Friday’s action may be the start of that trend.